At sunrise, the light picks up the colors of the soft orange sandstone walls, Tsara ny andro izany, ny Mipoaka masoandro (What a beautiful day, the sun shines) ! An early start allows us to quietly survey the park, starting with Makis Canyon 6 miles Northwest of Ranohira (a name meaning “water that sings” or “Water joy of singing lemurs”). We hike through a labyrinth of eroded rock where each perspective reveals an amazing view and absolute silence. The rock has a characteristic aspect, form and a highly variable composition that is reminiscent of landscapes found in the American West, hence the nickname of the park, “the Madagascar Colorado.” The rock in some places is very fragile and friable but also with some resonance. Some cavities give a surprising metallic sound. We begin dreaming of a group of percussionists performing an impromptu concert in the heart of the park under the stars…

Contemplating this atypical landscape, we see rocks with unusual shapes to which cling peculiar plants. The most extraordinary plant is the Pachypodium rosulatum gracilis, commonly called “elephant foot,” endemic to Madagascar. The flora is one of the major assets of the park with more than 400 endemic species. The park is crisscrossed by rivers, canyons, and waterfalls, including the famous Nymphs waterfall, meaning frog… In some restaurant “nymphs thighs” are on the menu. In this luxuriant landscape worthy of Jurassic Park, the slightest crack in a rock shelter plants whose roots store water runoff. Water flows along walls covered with lichens and ends up in small lagoons like the Black Lagoon.

The fauna like Isola’s flora has distinctive species and is typical of the climate and geomorphology of the park. So we finally get to know the Fidel grasshopper, and Firmin lemur (thank you for parodying the rock band The Fatal Picards- Farm)… We did not cross paths with Firmin, but rather the path of its close cousin the “famous” Varika (Lemur Catta), a lemur endemic to the South / South West of the island known as the ring-tailed lemur. If you see a picture, you will recognize it immediately.  There is also his buddy Lemur fulvus, the stick insect, and Phymateus saxosus, a beautiful red, yellow and blue grasshopper nicknamed Fidel, a toxic species, totally indigestible. Madagascar is certainly the destination to walk headlong into bushes to meet beasts not found anywhere else (80% of the fauna are endemic)… Speaking of small animals, a chameleon dozing on a shrub reminds me the nursery rhyme by Dagobert, the chameleon translated as, “the chameleon / Change of color every time / on a stick, a flower / It patient for hours / tail in serpentine / Watching for his prey like a hunter / chameleon / Change of color every time…” (Les Dagobert – Le caméléon)

After visiting the park, we head towards another uncontaminated park away from the more chaotic mass tourism routes, Andringitra Park. We cross the Horombe plateau, arid and desolate worthy of African steppes. You almost expect to see emerging a herd of elephants, giraffes or lions… but here, only a Zebu herd emerges from the steppe! 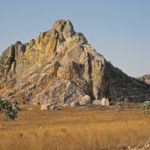 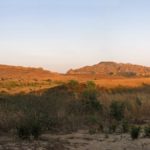 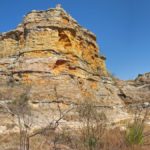 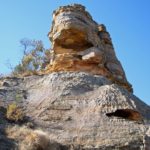 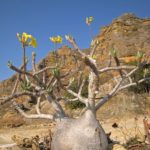 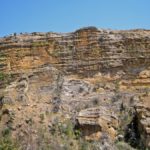 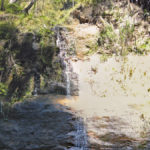 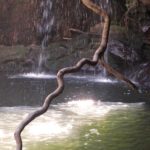 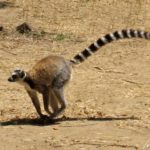 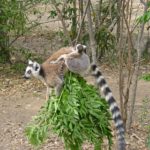 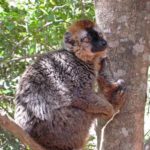 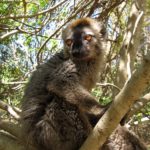 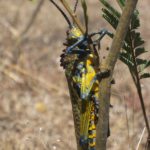 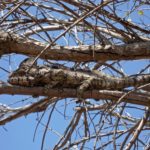 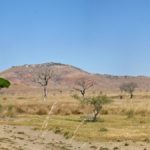 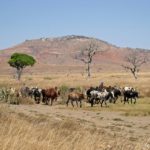