We leave a beautiful sunset over the Alley of Baobab. A “short hop” flight takes us from Morondava to Tuléar, Capital of the Atsimo-Andrefana region, some 582 miles Southwest of Antananarivo on the Mozambique Channel, and deep in “The South.” “In the South, time seems to last longer” as sung by French singer Nino Ferrer (Nino Ferrer – Le Sud).  Tuléar is also known as “Dust Town” by the Malagasy and is usually just a stop-off for the “Vazaha” to the beaches of Ifaty, seventeen miles to the north, or Anakao twenty-two miles to the south.

We take a sandy road that runs along the coast towards Ifaty… yet another unpaved road – gulp. We pass numerous small villages where locals sell anything and everything along the road is commonplace.  For example, on the right a piece of zebu under a parasol (hic, we will eat fish on the beach!) and on the left a pile of manioc, and a little further on passengers from a taxi-brousse buy fish for a few coins. Who knows, maybe they will stay tonight at the hotel Tout et Bien!

The traditional houses of fishermen and the Vezo people dot the coastal plain. These are mainly built of rudimentary local materials–branches, leaves, straw,… These Vezo villages are surrounded by dunes, mangroves, and baobab carrot, but most surprising is the barrier reef, the second-largest in the world after Australia. The reef is 11 miles long and 2 miles wide.  A wide range of colorful fish crowded around the coast of Madagascar to the delight of novice and experienced divers. Before arriving at Ifaty, we come to Mangily.  Our guide translates the name of this village as “it itches.” It is known for its lagoon, its beautiful white sandy beach and also its sex tourism. Unfortunately, this is also part of the tourist attractions in Madagascar.

The Vezo people of Southwest Madagascar are strongly linked to the sea. The term “Vezo” comes from rowing, “vezo” meaning to row, but “Vezo” also means the people who fish, and to struggle with the sea. From childhood, they feel at home on the water and are accustomed to live from fishing. The sea is their livelihood, the place that gives them wood (mangroves) and a means of communication — all trips are made in canoes called pirogues (lakanas in Malagasy.) A Vezo proverb says. “Vezo Nenga-Daka, raha tsy misy Vitany” meaning a Vezo without pirogues cannot do anything. The pirogue is for a Vezo the equivalent of a zebu for most other Malagasy. The pirogue, like the zebu, represents wealth and social prestige. A pirogue is hand-carved from a tree trunk has a square sail and a unique balance—building techniques from another century. As I already mentioned in a previous article, in Madagascar nothing is lost, everything is recycled, everything transformed – each object has several lives.

During the visit to the fishing village of Ambolimailaka, about 25 miles from Tuléar in North Ifaty, we saw Vezo making fishing nets for fishing offshore from a pirogue. These nets are patiently woven from rubber threads found inside car tires and old mosquito nets.  As floats, they use the soles of old sandals, for weights a mixture of sand and cement, and for sails bags of rice, flour and cement sewn together! Having all that in mind, we admire even more the parade of colorful pirogues, sails hoisted and carried until sunset by the wind along the beach.

The real marvel of life, are the children. In Madagascar, it is not just empty words. Malagasy children are pervasive, shiny eyes facing the lens of the camera… Some stay frozen, not saying a word, others more are more open want to repeat the experience–to be photographed “again and again…” 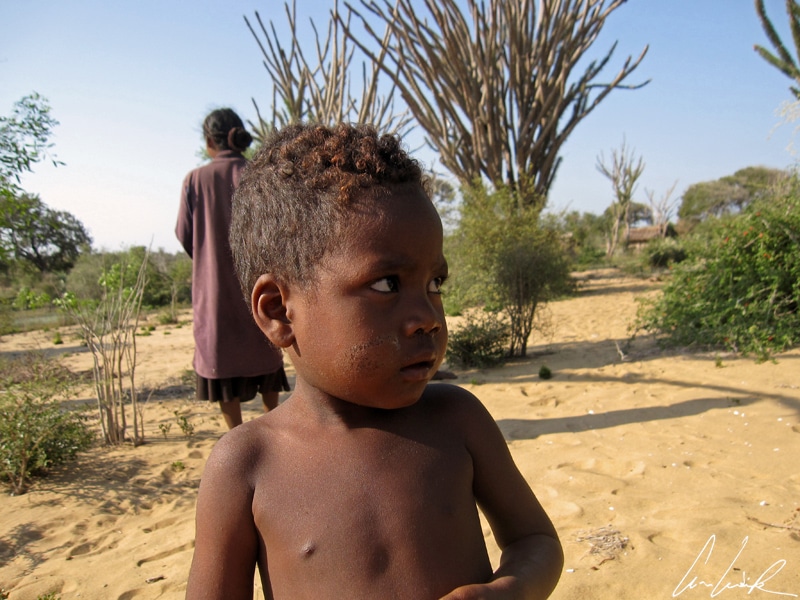 Vezo women make beauty masks for themselves from natural ingredients. The mask, called “masoanjony“, protects the skin from the sun and external aggressions. The mixture consists of water and shredded wood. The mask’s color depends on of the wood used, light wood sandalwood, red sandalwood, yellow turmeric, etc. The plants associated with the mask allow the skin to retain its elasticity and softness. The mask is worn for a few hours or a day. Some women embellish them with attractive designs, usually flowers … very artistic! This is a tradition handed down from mother to daughter… 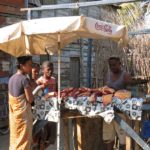 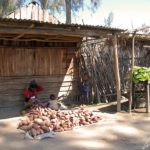 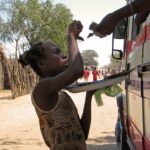 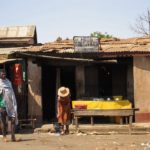 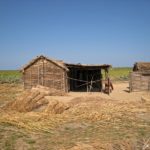 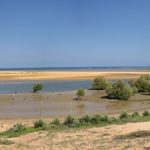 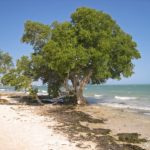 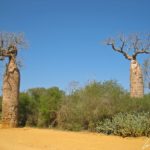 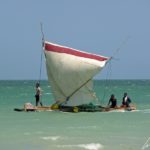 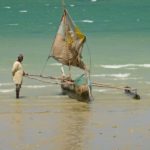 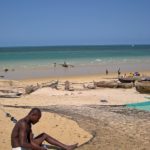 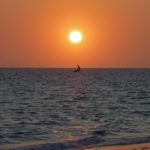 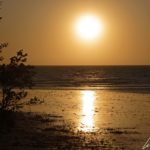 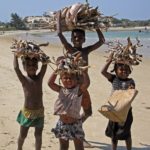 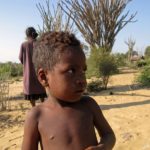 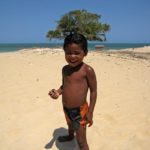 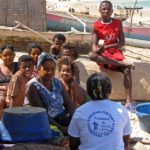 Wow so interesting! I would absolutely love to visited Madagascar someday.

Thank you 🙂 This country is like nowhere else on Earth. With it’s unbelievably wildlife and breathtaking natural allures, Madagascar should definitely be on your bucket list. If it’s not, it soon will be…

Inetresting reading. Hopefully I will visit Madagascar in a year or so.
Loved the title, “Mora” is a Swedish city but it´s in the north so when I first read it I was like Whaaat? But then I remebered everything isn´t about Sweden =P

Mora (in Sweden) piqued my curiosity. I had a look on Google Map 😉 Now I know that Mora is situated by the lake Siljan !

This was be a cool place to check out. I’ve never been to Madagascar before. This was such an interesting read!

Thank you 🙂 Whichever part of the country you choose to explore, you’ll be rewarded by fulfilling encounters. As we traveled through Western Madagascar, we constantly found ourselves wandering through thick, fascinating baobab forests, tsingy forests featuring sharp, grey rock karsts and winding rivers like the Tsiribihina River.

Madagascar is an excellent place to get in touch with raw, unspoiled nature. People are always smiling, and when you greet them in Malagasy they greet back with a big smile 🙂

Madagascar is high on my list, but it seems like not many travelers explore this area. I’ve mostly just heard about the baobabs. Thanks for sharing!

There are few places as remote and wild as Madagascar, and even fewer that offer such fulfilling and authentic travel experiences. Madagascar is like nowhere else on Earth: it is home to a unique group of endemic animals and plants which had evolved after the island’s separation from the African continent. Only in this part of the world can you find cheeky lemurs, chameleons and ferocious fosas, as well as bizarre-looking baobab trees and spiny forests 😉

I would love to visit here! Great to learn a tiny insight into their culture. Isn’t it so fun when the kids want to be photographed? Something so small can make them SO happy! 🙂

The Malagasy language and culture is closely linked to Southeast Asia, as evident from the faces of the people and their rice-growing traditions 🙂

I have only ever thought of this haven a few times but this list has really got me thinking about pursuing my visit!

Madagascar is unlike anywhere I have been to. The landscape is mostly hilly, red, and undulating. Red and brown hills laced with green patches, mostly symmetrical, with sparsely distributed red houses on the hills, and red mud roads as the veins and arteries is a common sight 😉

Wow. Looks amazing. Definitely added to my bucket list. Your picture of the “frozen child” is also really cute. Thank you so much for sharing.

Madagascar still remains a largely undiscovered corner of the continent. Nature is perhaps the biggest draw of the country. Most places are untouched and retain their pristine quality 🙂

What a fascinating look at life in Madagascar. Love the bit about the masks that the women make, and as a mother, I LOVE seeing pictures of beautiful children all around the world.

I hope to return to Madagascar and visit the south next time. It is such an amazing country especially the people!

Your article was like a lovely meander through another culture. As you say in your article, “time goes slower down south”. Lovely.

Mora mora is the equivalent of the Italian “Chi va piano, va sano e va lontano” and it is the first Malagasy expression that you learn to use. Mora mora is a state of mind, a certain languor, a way of life. Upon arrival in Madagascar, forget your stress, learn to wait, get neither excited not worry about wasting time, but you never really waste time 😉

Madagascar is often described as a half-finished world. That is a very accurate description of the strange, weird and wonderful landscapes. Nearly everything you see here is found nowhere else in the world !

Interesting read! I hope to someday add Madagascar to my list of places to visit.

Thank you ! To say this trip was magical would be the complete truth… Venture in, you will be amazed !

Great read. Visiting Madagascar is on my list of places to visit.

A tour of Madagascar means pure adventure ! My feelings still resonate when I speak of the natural beauty of this country ! Should definitely be on your bucket list 🙂

You have really made me want to visit Madagascar, definitely on my bucket list! The pictures are incrediable.

Thank you 🙂 Jungle, dry forests, deserts, high peaks, escarpments and plateau, swamps and lagoons… Madagascar has it all. In Madagascar you get the sense that people warm feelings and interest in visitors are utterly genuine. It should definitely be on your bucket list !

That’s interesting that the women of Madagascar make beauty masks for themselves even all the way out on that island. It seems a bit crazy but I suppose women want to be beautiful and adored everywhere. There is nothing wrong with that.

You find many women wearing mask on their face as they walk around and complete their daily tasks. Masonjoany is a natural mask women wear for beauty and also as a sun protection. Its made out of all natural ingredients.

What a lovely write up of your time there. I have to say that Madagascar has never been on my travel list but it does look amazing.

With it’s unbelievably wildlife and breathtaking natural allures, Madagascar should definitely be on your bucket list. If it’s not, it soon will be…;-)

This is the first post I’ve ever read about Madagascar and I love it! I know very little about this beautiful place. The scenery appears to be quite untouched. And the beauty mask treatment sounds amazing. No wonder they have such great skin!

Madagascar is a place that completely has its own vibe; it’s not African, or Asian or European but then, at the same time, it is all those things… For the size of the island, it has an overwhelming amount of stunning and diverse landscape. And village life is conducted under a strict set of taboos and traditional beliefs…