Do you remember the movie where a man lives forever, with Queen’s famous song Who wants to live forever“? Good, our journey on the west coast of the Isle of Skye in Scoland takes us to Dunvegan and its famous castle, the stronghold of the MacLeod clan for 800 years. The castle is built on a rocky outcrop on the shore of Loch Dunvegan. Now, can you make the connection?

We move on to the stunning Talisker Bay (from “Thalasgair” in Scottish Gaelic), which gave its name to the famous whiskey: the TALISKER. The fauna are more than unexpected. On the northern side of the bay, the magnificent cliffs and an impressive waterfall look unreal, but they are not Photoshopped!

The Cuillins Hills, a range of Rocky Mountains in the southwest side of the Isle of Skye, offer an impressive sight as long as the clouds, which often cover the area, dissipate. These spectacular, but austere mountains are the subject of many photographs of Skye. There are many rivers and “Skye Falls” on the steep hillsides (but no sign of the house of agent 007). The Black Cuillins are a group of horseshoe-shaped mountains surrounding the Loch Coruisk. There are more than twenty sharp peaks composed mainly of Gabbro and Basalt. The highest point in the Cuillins is Sgurr Alasair at 3,255 feet.

With some regret, we leave the beautiful Isle of Skye for the mountainous region of Wester Ross in the Northwest Highlands (even trying to be a Sherlock fan, our searches were in vain: no sign of the HBO drama series “Game of Thrones” in Westeros). We make a rapid stop at the viewpoint above the village of Strome Ferry, with no ferry service as indicated on the sign, to admire Loch Carron, or in Scottish Gaelic “Loch Carrann“. Loch Carron is a sea loch on the West coast of Ross and Cromarty where the river Carron enters the North Atlantic Ocean. Consequently is not a lake, but rather a fjord. In Scotland, it seems that all inland water surfaces are called “Loch,” whether they are a lake or not. Sea water enters the loch by a narrow inlet with a depth of less than 20 meters deep while the basin is over 100 meters deep. From our outlook, there is a magnificent view of the basin and the distinctive hills of the Highlands that surround it.

We take one of the most breathtaking and spectacular roads of Scotland to the Bealach na Ba (“Pass of the Cattle”). The road has a magnificent view of the mountains of Skye and passes through untouched scenery. A narrow and winding coastal road leads to the Applecross Peninsula wedged between small cliffs and endless marshlands. With a population of only 238, the Appelcross Peninsula is a haven of peace and fresh air. It is no coincidence that the Gaelic name for this region, A’ Chomraich’, means The Sanctuary. After heading into the clouds, the road descends along the coast. At the sight of Loch Torridon, we feel the strongest emotions at the out-of-this-world view of the bay peppered with forested islands! We are ready to die from happiness!

Then Glen Torridon appears between the communities of Kinlochewe and Torridon. It is a beautiful valley of vast bogs dotted with a few lonely trees and small lakes at the foot of Beinn Eighe, a complex mountain massif, with dramatic and spectacular peaks, the highest of which stands at 3,314 feet, “A River Runs Through It…”

Finally, no tour of the Highlands is complete without a visit to the mysterious Loch Ness. The loch is located approximately 23 miles southwest of Inverness and at 22 square miles is the second largest loch in Scotland. The city of Inverness, a charming little town on the River Ness, lies at the end of the Great Glen. Inverness has many beautiful old monuments, including a red sandstone castle built in the Victorian style overlooking the river Ness. Today, Inverness Castle is the headquarter of the Sherif Court. Centuries ago, Robin Hood, the heroic outlaw of English folklore, was held prisoner in Nottingham Castle.

Driving along Loch Ness, we pass beautiful scenery, majestic valleys and mysterious ruins like Urquhart Castle. But Loch Ness always brings to mind the alleged sighting of a monster, half dinosaur, half dragon, nicknamed “Nessie.” The legend was first recorded in the 6th century in the chronicles of the Irish missionary monk Saint Colomba. Columba claimed he saw some people burying a man who was fatally bitten by “Niseag” (Celtic for Nessie), a creature related to a dragon. Celtic folklore is full of stories of magical and monstrous underwater creatures, including the mysterious Kelpie or sea dragon, a supernatural polymorphous creature that haunts the rivers and lochs of Scotland. According to legend, the Kelpie lures people onto its back before plunging into the loch and disappearing with them into the depths…. So beware, one Nessie leads to another…

Thank you for having been so “Brave” (though it is a cartoon and I am not even afraid) in this extraordinary journey into the heart of the wild and mysterious land of the Highlands.

Discover my others articles about Scotland 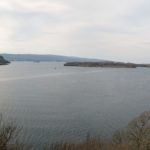 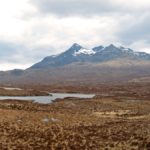 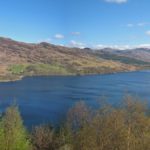 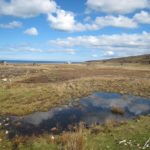 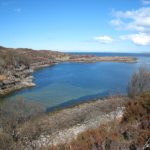 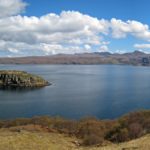 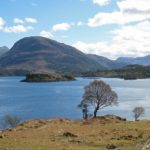 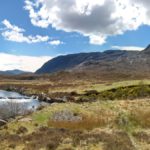 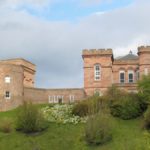 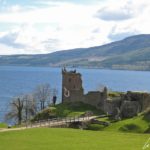 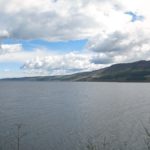 Scotland is a land for many tastes, both young and old. From the intrepid trekker, the nature enthusiast, the history buff to the young trendsetter, Scotland holds a bit of everything.

Definitely a destination on my bucketlist. You pictures are beautiful but I can’t even imagine the real beauty of this place.

It’s a land packed with brilliant moments ! You should definitively come and discover Scotland, world-famous for its awesome scenery, vibrant culture and spectacular heritage 🙂

Isle of Skye is a miracle in itself .. The place surely has its charm

On the Isle of Skye, I recommend the Trotternish Loop. This is where you can see the Quiraing, the Old Man of Storr, and a few other scenic spots. It’s a gorgeous drive with several small hikes to do, if you like that sort of thing.

Oh my gosh this place does look photoshop! Looks so dang beautiful, but those peacocks!!!! I need to add this to my bucket list now.

The landscape, its a given and Scotland’s amazing nature brings you closer to the many fantastic species on land and around the shoreline.It should definitely be on your bucket list. If it’s not, it soon will be 😉

This place looks so postcard perfect, M so happy my list is increasing day by day. Look at those beautiful peacocks..wow

If you are going on a road trip through Scotland, visiting the Isle of Skye, Inverness, the Highlands, or the whisky trail, than you might want to pay a quick visit to Loch Ness.

The place looks majestic, stunning beauty! Thank you for sharing us these beautiful photographs!

Thank you 🙂 Scotland do however have a lot more to offer and deserves to be explored !

I remember watching this place on a live cam with my students when we were talking about the Loch Ness, but it is way more stunning on your photos.

Even folk who know next to nothing about Scotland have probably heard of the Loch Ness. Without a doubt, Loch Ness is Scotland’s most famous loch. If you believe in Nessie, then yes, a visit here is absolutely worth it.

Scotland is a photographer’s paradise. The stunning scenery has cemented Scotland’s place as one of a great photogenic places in the world.

Loved reading the post about Talisker Bay and especially the collage of the pics at the end is simply marvelous! Thanks for adding a destination to my bucket list.

I’ve been fascinated with the ancient history and magnificent heritage that can be found throughout Scotland. This country should definitely be on your bucket list. If it’s not, it soon will be…

Amazing experience. You have some great pictures. Love the one with the peacock, so beautiful!

Thank you ! Scotland has really spectacular scenery, from its lochs to its peaks, and its beaches to its castles 🙂

The views are gorgeous!!! I’d love to see this in real life!

Scotland should definitely be on your bucket list. If it’s not, it soon will be…

Hi, what stunning photos such a wonderful place to visit. I have this on my places to visit next year. The perfect staycation.

Scotland is the perfect place for a road trip: a land of unspoilt and unrivaled landscapes, of rugged mountains and lochs, yet possessing vibrant and modern cities such as Edinburgh and Glasgow !

In love with your pictures! What a nature!

Scotland is the perfect place for a road trip. This scenic country has thousands of lochs, misty hills and mountains, a famous sea monster and enough clan stories to keep you entertained for weeks…

Amazing 🙂 worth a visit. beautiful post and pics are also eyeing pleasing.

Scotland is a land for many tastes, both young and old. From the intrepid trekker, the nature enthusiast, the history buff to the young trendsetter and music fan, Scotland holds a bit of everything 😉

The place looks splendid! Your pictures speak for itself how beautiful it is!

Thank you 🙂 I ready a recent study saying that these birds aren’t just nice to look at, they’re also clever !

This is stunning. Peacock pic is just perfect.

I love the Peacock too. With its massive tail and iridescent colors, this bird is beautiful !

nice place to visit. you must have had a great trip.

We saw so much wildlife, covered diverse landscapes and stopped at historical sites. This really was a unique experience and one that I’ll not forget !

This place looks so peaceful. I would love to visit and come and relax as well as do yoga and relax.

There really is so much to this wonderful country. The gentle lowlands and serene landscape of the borders are peppered with beautiful abbeys, ancient Castles and elegant stately homes… very interesting and relaxing !