Finnish Lapland is the northern-most region of Finland. It extends over almost 39,000 square miles to the north of the Province of Oulu. It borders Russia to the east, Sweden to the west, and Norway on the north and west. Traveling to Finnish Lapland is to go back into your childhood dreams of vast snow-covered forests and hills and Santa Claus is never far away ! 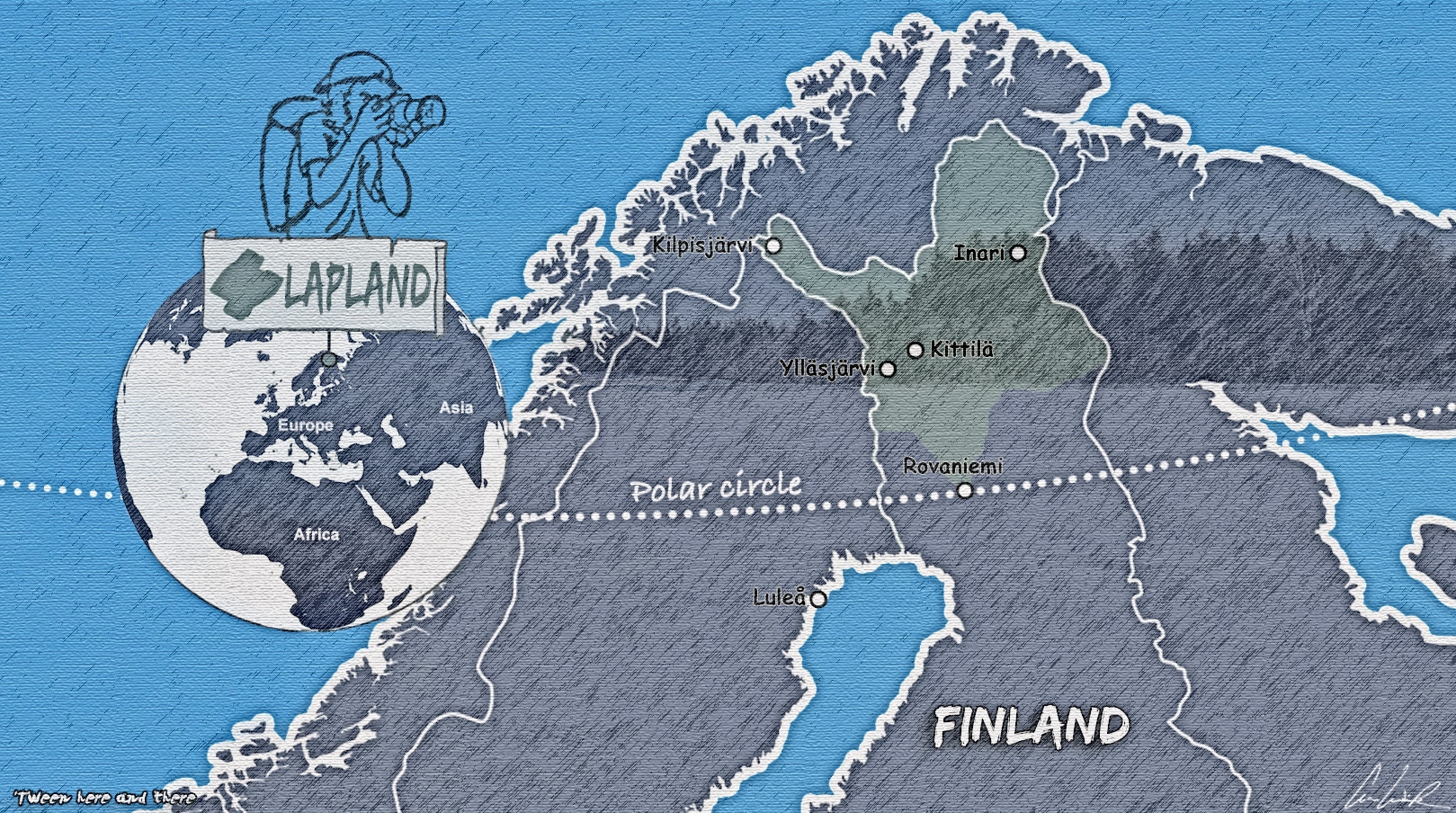 Here are some suggestions for Finnish Lapland from south to north:

The capital of the province, Rovaniemi, is also one of the most popular tourist destinations in Finnish Lapland, especially during the Christmas season. The reason: Rovaniemi became Santa Claus’s official hometown in 2010 ! Although Santa’s home is somewhere in the mysterious mountain of Korvatunturi, he has had his office in Rovaniemi since 1985. In addition to meeting Santa Claus, Rovaniemi’s wild surroundings offer almost unlimited possibilities for nature exploration and sports activities.

Ylläs, or Yllästunturi in Finnish, is a popular destination for Finns, especially for cross-country skiing. Ylläs is a 2,356 feet high fell (mountain) and the second largest ski resort in Lapland after Levi. The Ylläs region covers seven mountains and two villages, Ylläsjärvi in the south and Äkäslompolo in the north. Located 45 minutes from Äkäslompolo, the Snow Village is a magical world of snow and ice. It is rebuilt every winter with over six million pounds of snow and 600,000 pounds of ice. For nature lovers, Pallas-Yllästunturi National Park is Finland’s third largest national park.

Kittilä: sojourn at the gateway of the Levi ski resort

This municipality in northwestern Finland, in Lapland, is one of the favorite tourist destinations for foreign tourists and Finns due to its proximity to Levi. At a latitude of 67.8° north and 110 miles north of the Arctic Circle, Levi is Finland’s largest ski resort. It is located 10 miles from Kittilä airport. In Levi you can enjoy a wide range of activities: skiing, snowmobiling in the heart of nature, dog sledding, relaxing in a spa, etc.

Inari: The heart of Sámi culture

Inari, located in the far north of Finnish Lapland, is the capital of the Sámi people, and consequently offers a firsthand introduction to Sámi culture. Don’t miss the Sami Museum and Nature Centre (SIIDA) and the Sami Cultural Centre Sajos, the seat of the Sami Parliament. Inari is the largest municipality in Finnish Lapland, located on the shores of the lake that bears its name: Lake Inari, or Inarijärvi in Finnish. It is the largest lake in Sápmi and the third-largest lake in Finland. It covers 5% of the surface of Finland or 400 square miles and is roughly the size of Slovenia !

Kilpisjärvi: on the border with Norway

Located in the Municipality of Enontekiö, in the northwestern-most corner of Finland, the village of Kilpisjärvi is ten minutes away from the Norwegian border. Here lies Finland’s highest point: the Halti rises 4,344 feet above sea level. Kilpisjärvi is dominated by the sacred mountain, Saana, the region’s emblem. Seven miles from Kilpisjärvi stands the “Three Country Cairn.” This tripoint monument marks the international borders of Finland, Sweden, and Norway. We recommend you go there on a snowmobile safari. 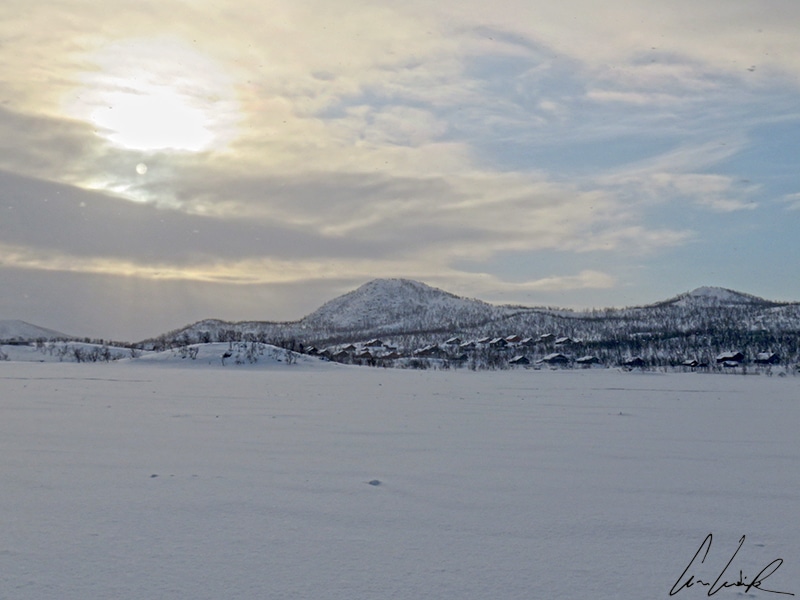 The village of Kilpisjärvi close to Norwegian border