Bordering Russia and Finland, Norvegian Lapland is located above the Arctic Circle at the extreme north east tip of Norway. The Norwegian Lapland – also known as Finnmark – is a land of frosted woodlands, iced lakes, and majestic fjords. The western part contains high mountains that are deeply eroded into fjords and headlands in Norway. Norwegian Lapland is largely open and windswept, with timber growth only in sheltered tracts and the more protected interior. Only those looking for true adventure are suited for a trip to Northern Norway Lapland in winter ! 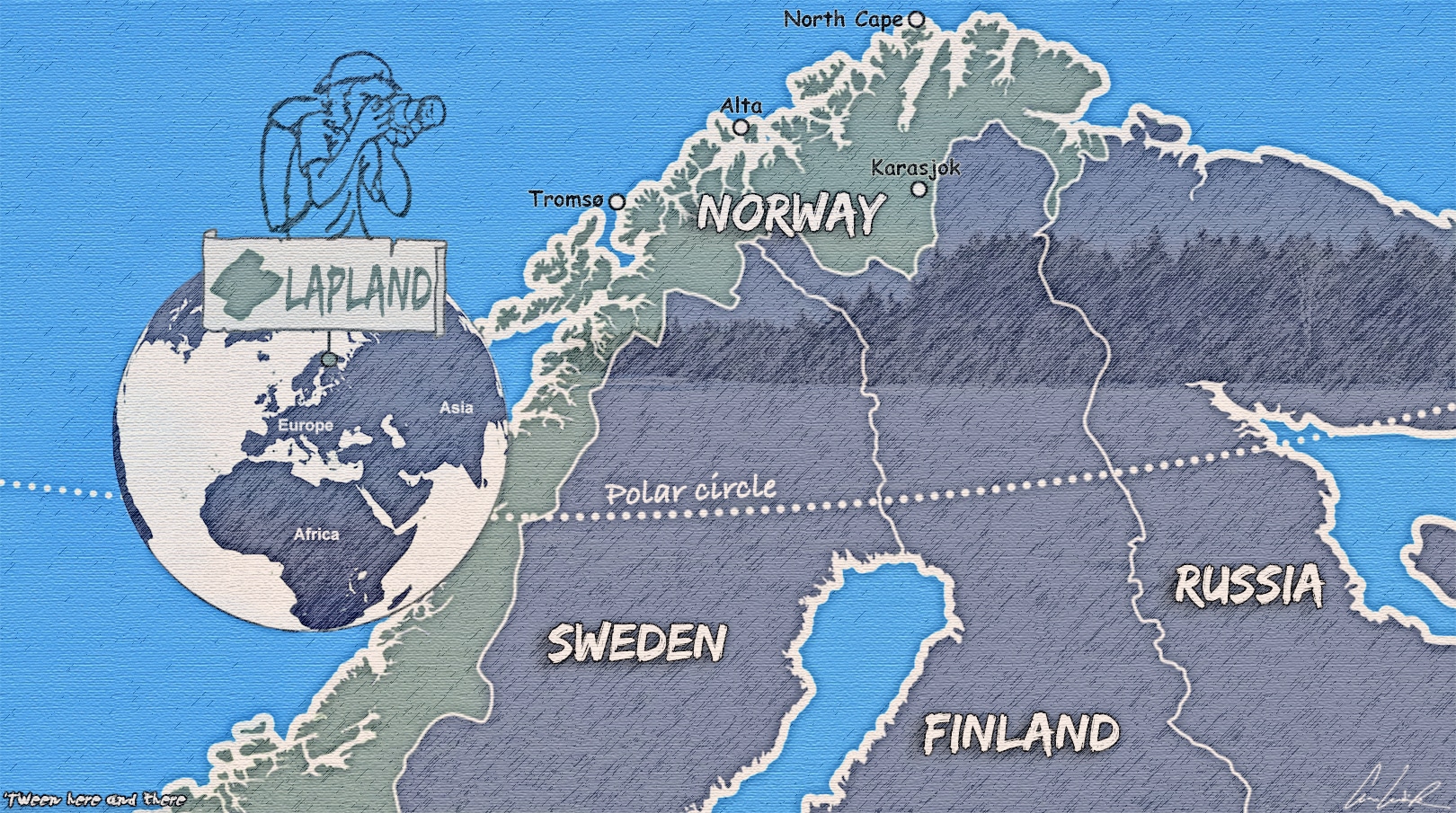 Here are some suggestions for Finnish Lapland from south to north:

Tromsø, gateway to the Arctic and best place to observe the Northern Lights

Tromsø is the northern Norway’s largest city. The city of Tromsø and its surrounding wilderness areas are ranked among the best places and highest probability seeing the amazing Northern Lights, or aurora borealis. Its compact city center is easily explored on foot. The heart of Tromsø is its old town, nestled around the harbor where modern architecture coexists with colorful, pretty wooden houses. The city has a couple of superb museums which will whet your appetite to learn more about the Arctic. The Polaria museum includes an aquarium and a 3D cinema with movies. It is primarily focused on Arctic wildlife. The Polarmuseet, or Polar Museum of Tromsø is one of the most interesting museums in the town, telling the story of arctic hunters and explorers. Another big attraction of the city is the impressive modern-style church built in 1965: the Tromsø’s Arctic Cathedral or Ishavskatedralen. And for panoramic views of the city, ride the cable car Fjellheisen up to Mount Storsteinen. But above all, you can’t miss the breathtaking landscapes of the surrounding fjords, mountains and fishing villages scattered over the surrounding islands !

View of Tromsø Surrounded by fjords, mountains, and wilderness.

Karasjok is a Sami cultural center in Norwegian Lapland

The Sámi culture is an essential part of the life in Norwegian Lapland. Many people consider Karasjok as being the Norwegian Sámi capital. The National Sámi museum also called Riddo Duottar Museat and the Sámi Parliament(the Samediggi) are situated at Karasjok. Designed by architects Stein Halvorsen and Christian Sundby, the Samediggi building is shaped in a half circle. The main assembly hall has the form of a lavvu which is a Sami tipi (tent). Walking in Karasjok, you can discover the oldest Lutheran church in Finnmark dating from 1807. Located in a forested valley, Karasjok offers a variety of exhibitions, tour offerings, handicraft and possibilities to interact with and learn about the Sámi way of life. However, we do not recommend the visit to the SapmiTemapark, which is a popular attraction park…

Alta is a town located on Norway’s northern coast known for its most famous tourist spot, the Rock Art of Alta. It is a UNESCO World Heritage site, rich source of over 6000 prehistoric rock carvings and paintings discovered between 1966 and 1978. The carvings in the area date from around 5,000 BC to the birth of Christ. Alta is also a destination for an adventurous trip to Norway in winter. You won’t run out of fun activities that you can do in this town such as experiencing a night stay in Igloos, snowmobiling or dog sledding.

The North Cape: the northernmost point in Europe

The North Cape at 71° 10′ 21″ North is probably the most famous and controversial destination in Norwegian Lapland. Many travelers have Nordkapp on their bucket list. Welcome to one of the official ends of Europe, a place with a 1007 feet high cliff that plunges into the Arctic Sea, and where the only dry land between you and the North Pole is the Svalbard archipelago. Nordkapp is located on Magerøya, a large island at the top of Norway. Around 2,5 miles to the Northwest is the neighboring point, Knivskjellodden that is actually 4750 feet further north. However, even though most of people have heard the rumors of North Cape being a touristic trap at the end of the road, people come and get the official certificate (that you pay for of course) states that they have reached the Northern most point of Europe…