The Carara and Manuel Antonio National Parks are both on the Pacific coast of Costa Rica. They have very different atmospheres: you can pick which one you want based on what you are looking for! The Parque Nacional Carara, the less known one, transitions from rainforest to tropical dry forest and has a very diverse range of habitats and wildlife. Trails are marked but undeveloped. Seeing an animal in this green jungle is a rare event to be treasured … the animals have so many places to hide! The second park, Parque Nacional Manuel Antonio, is of another style. The Parque Nacional Manuel Antonio is the country’s smallest and most popular national park; everything is developed for tourism. You will find tropical forests, beaches, lagoons, and abundant wildlife, but also guides, vendors, and tour groups in abundance…

Carara National Park: Sanctuary of the scarlet macaws and crocodiles in Costa Rica

Reptile lovers and birdwatching enthusiasts should not miss the Carara National Park! It lies about 30 miles west of the Costa Rica capital’s San José and about 15 miles north of the beach town of Jacó in the province of Puntarenas. The Parque Nacionale Carara straddles the transitional zone between the dry and wet forests of the Pacific coast. It was established on April 27, 1978, as a biological reserve and then upgraded to a national park in November 1998. Although the park is relatively small, about 20 square miles, it is rich in biodiversity. It’s a heaven for many bird species, making it one of the best parks for birdwatching in Costa Rica. Ornithologists surveyed 432 species, including the scarlet macaw, a rare bird in danger of extinction. The park also hosts many reptiles, amphibians, and mammals. The park’s name predates the arrival of the Spaniards in Costa Rica. The indigenous huertares gave the name Carara to the river that passes through it. In Huertar « Carara » means « río de los lagartos » (river of lizards). It is not surprising, then, that on the banks of the Tárcoles River, you find gigantic crocodiles basking in the sun…

Observe the crocodiles on the Tárcoles river

« How doth the little crocodile
Improve his shining tail,
And pour the waters of the Nile
On every golden scale!
How cheerfully he seems to grin,
How neatly spreads his claws,
And welcomes little fishes in,
With gently smiling jaws ! »

(Alice in Wonderland by Lewis Carroll – How doth the little crocodile)

By venturing into the mangrove, we also find spectacled caimans (Caiman crocodilus). The American crocodile can be distinguished from its close cousin, the caiman, by its V-shaped head and pointed snout. The fourth tooth of the American crocodile’s lower jaw is also unique to it:  the tooth points upwards when the mouth is closed. It also has a prominent hump on the snout between the eyes and nostrils.

The fourth tooth of the American crocodile in Carara National Park

The American crocodile is at ease in the water, swimming with the help of the undulating movements of its tail and steering or braking with its webbed feet. It is also very agile on land, where it is capable of lightning acceleration. In short, it is difficult to escape if he has made you his prey, whether in water or on land. During the day, it rests on dry land, soaking up the sun’s warmth. They keep their mouth wide open, exposing blood vessels in the mouth to cooler and warmer air to regulate body temperature. Like other Crocodilians, the American Crocodile makes sounds to communicate with its fellows: coughs, grunts, or cries.

The American crocodile lets itself drift

Its hunting method is basic, but effective. Very receptive to the infrasound emitted by vibrations in the water, it lets itself drift, eyes and nostrils pointing above the surface, on the lookout for prey. It then attacks by surprise the unfortunate prey that has come too close … This saurian has specific abilities, such as triple eyelids and the ability to close its nostrils and ears when diving. It can also jump nearly 5 feet out of the water to catch a bird, thanks to the impulse it can produce with its tail.

The Scarlet Macaw (Ara Macao), or the « lapa roja », as the Costa Ricans call it, is the star of the Carara National Park. But yes, you’ve probably already seen it… on a bottle: « When it’s too much, it’s TROPICO! Coco! ». The red macaw is a large red, yellow, and blue Central and South American parrot. It measures about 32 inches long, of which more than half of its length is its tail. The scarlet macaw can live up to the canonical age of 90 years! It’s recognizable by its bright plumage, long red tail, and blue and yellow wings. This sublime multicolored parrot is endangered despite preservation programs. The Scarlet Macaw is the victim of greed; the first cause of this species’s disappearance in Costa Rica is poaching. This magnificent bird is thus a victim of its beauty ! Observing this bird outside the Carara National Park is increasingly difficult. If you are lucky, you will see it in the late afternoon, during its migration between the rainforest and the mangroves at the mouth of the river. Stay alert, and you may hear its characteristic call just before you see a pair fly away against the blue sky. Paired couples always fly together, their wings almost touching. For the record, our Coco Tropico is a very loyal bird. Scarlet Macaws are monogamous. They remain faithful to one partner throughout their life. They never separate, except during the brooding period. The hen lays two or three eggs. The female incubates the eggs for five weeks. The young remain in the nest for 90 days after hatching before going out on their own.

The park is a haven for more than 400 species of birds. We can observe wading birds such as herons, egrets, white ibises, jacanas, and roseate spoonbills. Among the birds commonly seen are trogons, Finsch’s Conure, the masked woodpecker, the gray-headed tanager, the blue-headed pioneer, and the red-tailed jacamar, to name a few. In short, the park will delight birdwatchers, both amateur and experienced.

Although most travelers only stop for a few minutes to see the large colony of crocodiles, Carara National Park is worth an extended stop to enjoy the great variety of its habitats. This national park is the only one to shelter a transitional forest, which translates into a great diversity of flora and fauna: the species specific to both dry and wet forests converge here. Two flat and well-marked hiking trails for bird watching lead through the dense and lush vegetation of Carara National Park. You can discover nature without physical effort !

In addition, the Sendero Laguna Meandrica trail runs parallel the Tárcoles River for about 2.7 miles. This trail is moderately challenging. It takes about 1 hour to complete.  It is closed during the rainy season (about late August to mid-November) because the river tends to flood…

It’s time to get down to business! We are ready for the experience; going into the heart of the forest is a bit like entering a huge wild greenhouse, lush and messy. The park has a rich flora of more than 700 plant species. In this environment where the trees are always green and entangled with climbing plants and lianas that hang like ropes, we meet endemic species like « Cafecillo » (Erythrochiton gymnanthus). The Cafecillo shrub is a mysterious endemic plant: we don’t know why it grows there, what pollinates it or how its seeds are propagated. This shrub grows between 6 and 20 feet high and belongs to the Rutaceae family, which is the orange and lemon family. It is not to be confused with the Rubiaceae family to which the coffee tree belongs.

Along the path, we can glimpse other plant curiosities: the Alocasia stands proudly along the way while Bravaisia integerrima displays its aerial roots that can grow up to 7 feet above the ground. These roots trap organic matter that accumulates due to the high temperatures and humidity. This organic matter undergoes a degradation process, providing nutrients to the trees. The forest has many Guanacaste or coffee ears (Enterolobium cyclocarpum), Ojoche or Nutcracker (Brosimu costaricanum), or Christopher or Cristobal (Platymiscium pinnatum), as well as beautiful varieties of heliconias and orchids. There is also the Espavé (Anacardium excelsum,) a large evergreen with large roots that spread across the ground. The Espavé, also known as Wild Cashew, dominates the other trees. It can attain a height of 147 feet, with a rose-hued trunk reaching 9 feet in diameter. The tree produces flowers in a panicle. The pale green to white flowers are about 14 inches long. These giant trees, called emergent, overhang the canopy and need substantial support roots to resist bad weather, especially the assaults of the wind. Some support roots are triangle-shaped, and others have more sinuous forms like strange draperies.

The park is also heaven for fauna. With some luck, you can cross paths with white-tail deer, Panamanian white-face capuchin monkeys, white-nosed coatis, red brockets, agoutis, two-toed sloths, brown-throated tree-toed sloths, ocelots, and collared peccaries to mention a few. However, the dense tree cover makes mammals living in the rainforest challenging to see and photograph. You have to take them by surprise because most of them are shy, nocturnal, or fleeing. It is a challenge to immortalize them in a picture! We will be satisfied with some squirrels and iguanas ! 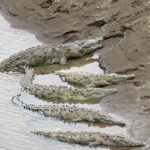 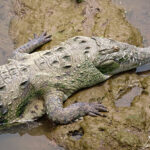 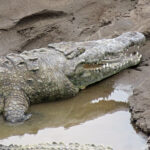 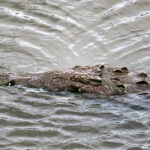 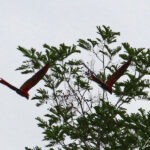 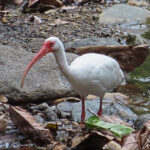 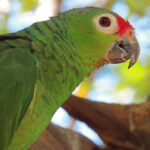 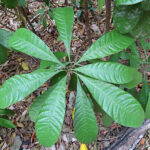 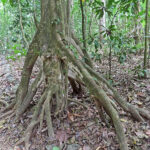 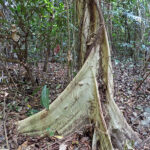 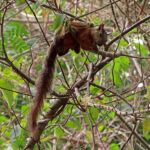 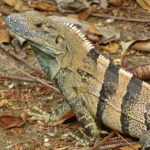