C-Ludik > North and Central America > Western USA > Ella, LA / I don’t know what this is / That others do not have

Ella, LA / I don’t know what this is / That others do not have

Beverly Hills (even without Brandon & Branda), Santa Monica, Venice, Malibu (I am sure you already have a mental image of Pamela in a red swimming suit running along the beach to give mouth-to-mouth to a careless surfer)… are evocative names glittering on the other side of the world! A symbol of the American dream, the “City of Angels” both fascinates and disturbs. How can a jungle of metal towers can lead to paradise on the beach ? How can a sign advertising a real estate development become as famous as the Colosseum ? 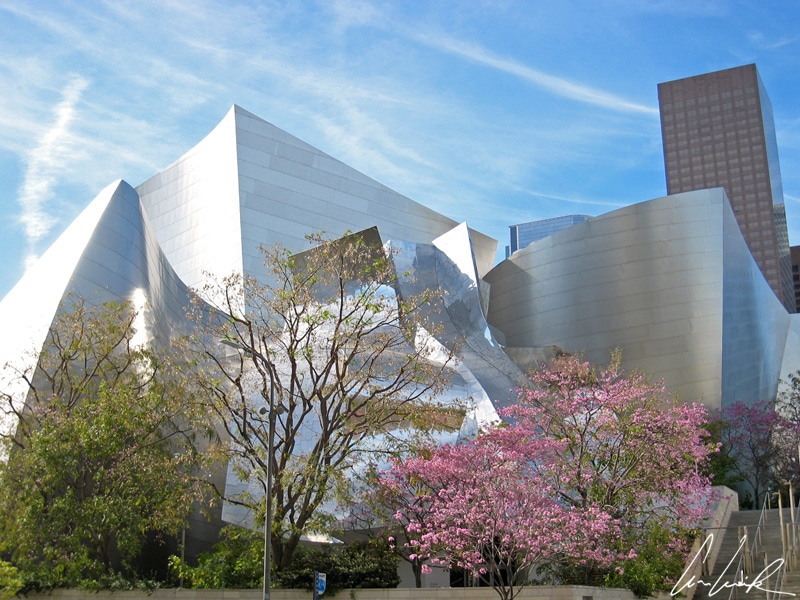 How can I begin to describe Los Angeles (probably the best known city of the Western USA), also known by its initials L.A.? Ella, L.A. / This I do not know what / that others do not have / Who puts us in a funny state / Ella, LA / Ou-ou ou-ou ou-ou, lyrics by the French singer France Gall (Ella, elle l’a)… First of all, L.A. is a sprawling Southern city, about 29 miles wide and 44 miles long. Paris, by comparison, is just 7.5 by 6.5 miles… The size of Los Angeles can confuse European visitors. It lacks a true city center and features endless avenues – Foothill Boulevard is 60 miles long. Los Angeles is characterized by low-rise buildings. Outside of Downtown few other neighborhoods in Los Angeles have skyscrapers and high-rise buildings. From Pershing Square in the center of Downtown we enjoy a breathtaking view of the skyscrapers. Look at the round shape of the white US Bank skyscraper on the left? Does it remind you of something? if not, look again and think “Independence Day.” A little further on, the opera house and the Disney Concert Hall sparkle in the sun light. Even the buildings shine under the spotlight, which tell you that in L.A. everything revolves around the movie industry and everyone wants to make up his own movie! Los Angeles shines in the glow of the nine letters of the Hollywood sign when viewed from the Griffith Observatory.

Perched high above the city on Mount Hollywood, the Griffith Observatory is a window into the secrets of the universe, where we can learn while having fun. Moviegoers will recognize the building as it is featured in major movies such as Rebel Without a Cause, which made of Los Angeles an international symbol. A Bronze bust of James Dean sits just outside the observatory. The observatory also appears in the first Terminator, and Transformers… Marty McFly’s first jump in time in Back to the future took place on the esplanade of the observatory, and fans of Who Framed Roger Rabbit know that the tunnel to Toonville is none other than the tunnel leading to the observatory ! But the Griffith Observatory is more than a just a privileged location for film. It is THE site for a breathtaking view of Los Angeles and the peaks of the Sierra Nevada Mountains playing in the clouds. Of course there is also an excellent view of the famous Hollywood sign. The Hollywood sign, a landmark and a cultural icon of Los Angeles, first read Hollywoodland and was created in 1923 as an advertisement for a real estate development. It has become as famous as the Eiffel Tower, and, just like the Eiffel Tower, it was initially temporary. The 13 giant letters of the sign Hollywoodland were initially intended to last a year and half and to be removed once all the lots were sold. Each letter was 30 feet wide and 50 feet tall and lighted by 4,000 light bulbs. The sign would flash in segments before lighting up entirely. People became attached to the festive air it provided. After years of deterioration and damage, the chamber of commerce launched a campaign in 1949 to repair the deteriorated sign that cluttered the mountain landscape. The Chamber abandoned the lightbulbs to save money and removed “Land” to just spell “Hollywood” to designate the neighborhood and not the housing development. However, the sign continued to deteriorate and was finally fully restored only in 1978 giving it a new life with letters about 45 feet tall and ranging from 31 to 39 feet wide. In the 1970s, the sign is so deteriorated that it looked like a scene straight from a post-apocalyptic movie. Nowadays, the sign is an international cultural icon of Los Angeles.

Let’s change neighborhood to discover another aspect of this multifaceted city. Beverly Hills, a sister city of Cannes (perfectly chosen!), is a ghetto for the rich. The cobbled streets of Rodeo Drive are lined with designer shops and full of luxury cars. Let’s follow the yellow Bentley. It is funny, but I have in my head the song 47 Millionaires by the Swiss group 77 Bombay Street: Life is easy, life is good / It Would Be like hollywood / If I could be a Millionaire. 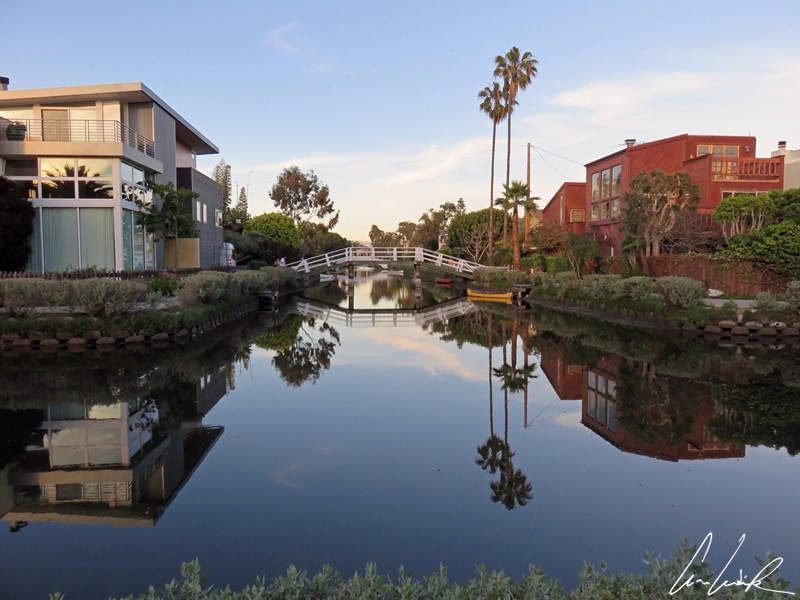 Following the yellow Bentley, we arrive in Venice Beach… known for its beaches, canals, trendy and cosmopolitan areas, skateboarding, doctors of soft drugs, surfers, artists, body builders, tattoo artists, fortune tellers, craft vendors … It is colorful! But it is not the same yellow car ? One can also dance to a tam tam barefoot in the sand, watch the sailboats or dream of seeing Pamela Anderson’s red swimming suit. If you want to see the beach of “Baywatch,” you are in the right place. Venice Beach is the setting of the series, which was never filmed in Malibu ! Far from the tumult of the beach lie the luxury mansions and hidden canals of Venice the latter inspired by canals of Venice. Venice was founded by the tobacco millionaire Abbot Kinney as a beach resort town. He had decided to reproduce his favorite Italian city, Venice, in the new American Eldorado. When Venice opened in 1906, he had dug several miles of canals to drain the marshy land for the residential area. Residents sailed on the canals in genuine gondolas. 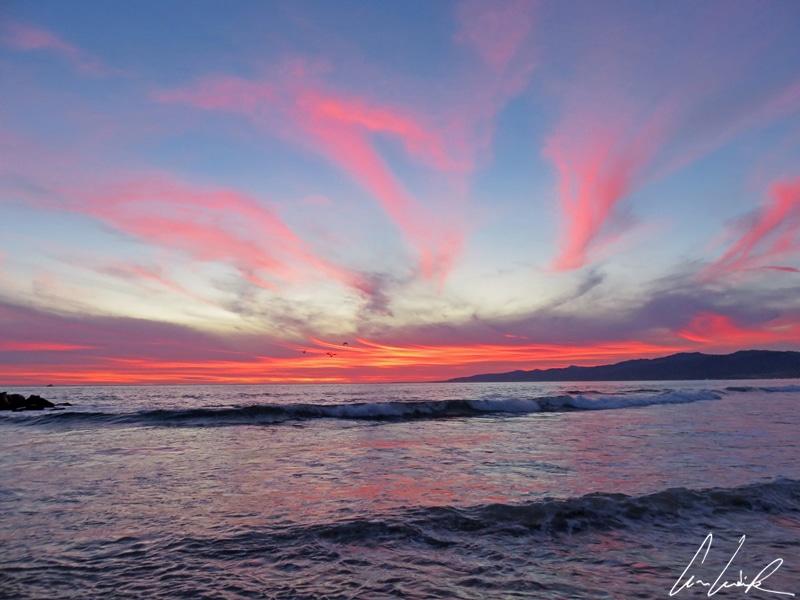 After Venice we arrive in Santa Monica, the two beaches and two cities are adjacent… The style is very different, more family and friendlier. Children play soccer in the grass or sand, kites are flying in the sky, and sports of all kinds (some sportsmen almost naked) indulge their favorite activities – surfing, jogging, cycling, skatings until sunset when the sky takes on its most beautiful colors. 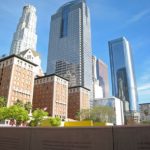 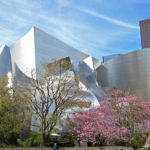 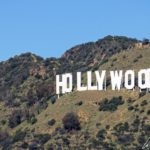 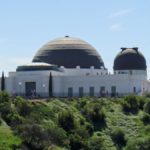 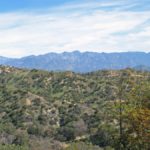 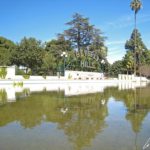 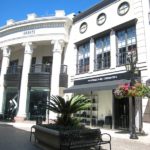 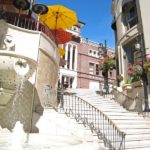 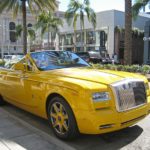 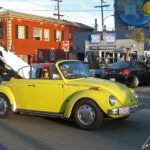 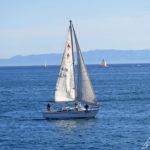 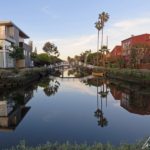 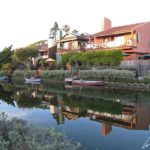 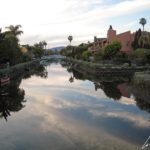 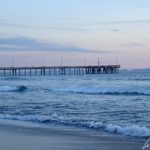 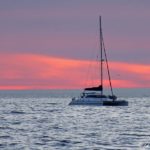 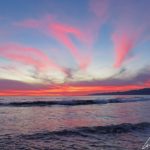