N as in… Nowhere else

In this article we offer a “rendez-vous” for Nowhere else, a real treat. Let’s start with a miniature Sahara, the Coral Sand Dunes State Park, which presents a nice specter of pink and orange hued sand dunes, surrounded by red sandstone cliffs. Coral Sand Dunes State Park is located near the South state line of Utah (a State of Western USA) between Mount Carmel Junction and Kanab in Southwestern Utah and surrounded on the East by the Moquith mountains and on the North by the Moccasin Mountains. The sand dunes were created by the erosing of rocks by wind blowing between the notch between these two chains of mountains. Do I see a mirage in the horizon or an oasis?

Look deep, deep into nature and the wilderness… “Unreal landscapes, illusion, mirage” these are the words that come to mind when you see Coyote Buttes South, White Pocket and Soap Creek at Vermilion Cliffs National Monument. How does mother nature shape such wonders ? These places are largely unexplored and unvisited. The path leading to the site is not easy… we asked directions of a one-meter long rattlesnake but we had doubts about his anwer when he added, “trust me…” Incidentally, the sausages that we ate in Sedona were perhaps made from his cousin’s flesh ? Coyote Buttes South includes rock formations among the most beautiful and spectacular in the American West, but also among the most vulnerable, which explains the limited number of passes, only 20, available each day.

Be careful and watch your step. Some formations, including the fine sandstone structures, are very brittle and can break under your step at the slightest touch. Be respectful of these marvelous places, mother nature spent millions of years creating them… Colors ares stunning especially at the site called “The Brain” that shows spectacular rainbow-colored rocks in tones of yellow, orange, pink, and purple… These sculptures give rise to various interpretations… just let your imagination wander! And we ask, “Mirror, mirror on the wall, is this place the most beautiful of all ? Coyote Butte was the most beautiful, but the land of White Pocket at Vermilion Cliffs far away beyond the mountains is also a wonder“.

We knew that the mirror did not lie… like Saint Thomas Aquinas, I believe only what I see, so let’s go ! Once again it is difficult to find White Pocket… we asked directions of another native, Wiley E. Coyote (E. standing for Ethelbert), but he took to its heels as quickly and as fast as Bip Bip. Too bad, but we managed nevertheless to find this famous White Pocket ! Upon our arrival, suspense, outstanding drum rolls… We turn again to the magic mirror! White Pocket named for the predominantly white color of the rock and is home to extraordinarily shaped rock formations that cannot be found anywhere else. Take time to explore the area, hike to the top of the larger rock to get a stuning edge view of the area. The landscape, created by years of erosion, is absolutely amazing!

The last phase in the discovery of Vermilion Cliffs National Monument, Soap Creek, offers a magnificent spectacle of zig-zag formations created by the Colorado River, an impressive canyon that extends to the horizon. Again, we tried to be acquainted another native, a bighorn sheep (sheep native to North America), but it ran away quickly, even thought we tried approaching it with some canadian expressions learned from a friend… It flew off over the rainbow-colored rocks.

Ah, we are staying a little bit longer to explore the area, a final look… and then we have to start thinking of going back home? But perhaps not ! 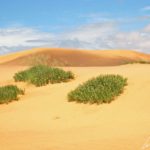 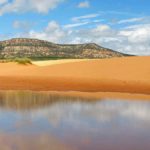 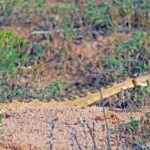 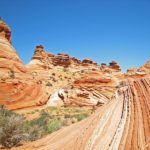 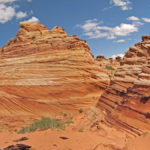 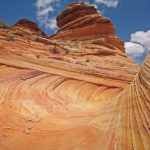 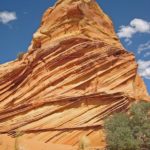 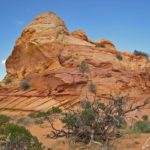 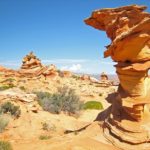 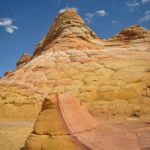 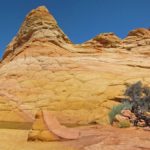 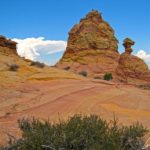 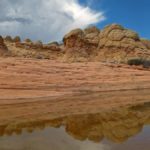 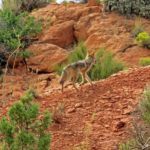 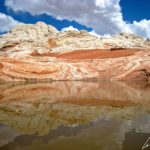 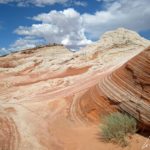 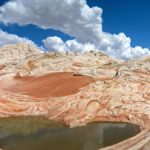 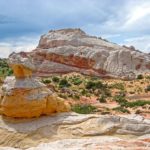 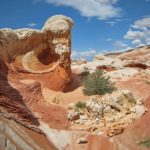 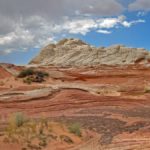 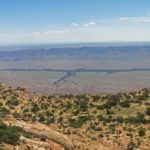 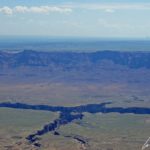 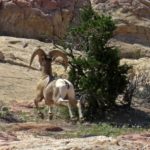 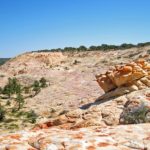 I’ve never even heard of this place! Really off the path and GORGEOUS!

Wow, the colors and color variations here are simply stunning! What a beautiful and amazing place for a detox from the crowds, I can see why it would be an incredible place to visit.

Truly a unique landscape. Loved your lighthearted take on things as well. I’d love to check this out.

My God. Images are marvelous. What camera do you use?

That creek is amazing! This place definitely needs a visit

Looks amazing! The White Pocket is such a beautiful view. I’ve never been a fan of desserts but I might just add this to the list!

Love your writing style. Very fun way of inviting us on your journey with you, and what colors.

These photos are fabulous. This looks like a lovely place to visit. I would love to go here one day and take in the breathtaking scenery.

I really love nature. It has a calming effect on me. Also, it makes me in the mood to work too. This is what I like as a freelancer because I can work anywhere and anytime I want. My ideal workplace is in the garden at night, while the world is still sleeping.

Amazing photos. What a cool place to visit!

White Pocket looks like nothing I’ve ever seen before! The colors and the formations just look otherworldly. I’d also love to spend some time exploring Coyote Buttes South. Maybe in the fall before it gets too cold? Thanks for sharing these amazing places!

The White Pocket looks so amazing! It must have been really nice to spend time to explore the area. Great photos by the way! Another place to add to my never ending list. 🙂

Wow that is simply amazing! It reminds me of some of the deserts that we have in the United States.

That landscape is absolutely stunning! To happen across an oasis like that? just wow!

OMG your photos are amazing!!! I’ve never heard of white pocket. Do you have to make reservations to go here like the Wave? Or is it more tourist free?
Cheers
Diana

These pictures look absolutely stunning! The colours are so incredibly vivid. I’d love to see a place like this in person one day.

The Coral Sand Dunes State Park sounds like an amazing place to spend a day – I’d love to see differently coloured sand dunes. These photos are just breaktaking; I’d definitely like to visit one day!

Such amazing photos! I ca’t believe I’ve never visited this area of The States.

What amazing landscapes I am so in love, I would love to visit one day. The USA has some amazing places to visit

The scenery is fabulous, I wish I could go visit there soon.

Wow the formations are stunningly beautiful! Great photos for sure. I enjoyed reading your post. Thank you for sharing.

This is seriously going on my bucket list. These colors and beauty are almost unreal!