N as in… Nuances

After watching the changing shapes of clouds reflected in the water at Vermillon Cliffs National Monument in Arizona (a State of Western USA), just south of the Utah state line, we decided to maintain this contemplative pace and observe the various shades of color, changing minute to minute inside the slot canyon… Besides in French language both actions have an almost forgotten linguistic resonance: shade and cloud are related to each other by the sound and meaning as they come from the same verb “Nuer” an old verb meaning “continuous and change barely noticeable”. The minute has elapsed (whew, one minute can be an eternity for some!) Let’s go back to slot canyons… These majestic canyons carved in sedimentary rocks, primarely sandstone, have a rich pallette colors and shapes that only mother nature can craft ! A “slot canyon” is a narrow canyon in the rock formed by the erosion of water runoff over millions of years, exposing deep waves of colorful and smooth stripes in the sandstone that can be seen and whose smoothness can also be felt with the hand.

A “slot canyon” is significantly deeper than it is wide. “Secret canyon” located near Page is beautiful. To enjoy it by yourself is a real privilege! We traveled only a few feet inside the widest part—less than 3 feet or 1 meter accross at the top, and the deepest part is about 100 feet (30 meters) from top to bottom. We welcome the cool air with relief, it is already over 95°F outside. This freshness increases as our path crosses that of two inhabitants of this subterrain world at the entrance of the canyon, a lizard and a tarantula, a big spider that sends a shiver down your spine! All part of the magic of the canyon with its various shapes and colors… Taking a hike in the canyon up to the exit, we walked back on our path, with different light creating an even more spectacularly rich spectrum of shades as the day advanced: we walked back with our eyes moving constantly in search of a special light, a specific angle for a perfect shot, without really knowing how the photo would turn out. It is a real “treasure of colors” with tones of pink, brown, blue, and almost black–a precious moment of happiness to enjoy the calm and relaxing atmosphere of the canyon, without a drop of rain, in a religious silence !

In a total change of scenery, we emerge from this underground world (a few hundred miles away) to start hunting again for different shades of colors. Welcome to Kodachrome Basin State Park in Utah, about 20 miles southeast of Bryce Canyon. Because of its poximity to Bryce Canyon National Park, Kadachrome Basin is often skipped by tourists. Yet, it is worth the trip ! In the late 1940s this park was photographed many times by journalists from National Geographic, using the then new “Kodachrome film” from Kodak. Later, the area was named Kadochrome Flat, then in the 1960s Kodachrome Basin. You also surely remember the French advertizing campaign named “Les voleurs de couleurs” that can be translated into English as “robbers of colors” with the famous “Kodakettes”, three cheeky girls dressed in swimsuits with red and white stripes and wearing a cap resembling to a huge plonger. As the name suggests, the park offers a wide range of colors and contrasts. The park is known for its chimney rocks, officially sixty-seven sedimentary pipes ranging from 2 to 52 meters in height. There are many explanation of the orign of these pipes, one is that the park was once similar to Yellowstone National Park located mostly in Wyoming and known for hot springs and gushing geysers. The chimney rocks were former geysers, filled up with now solid sediment. Over time softer sediments have been eroded leaving sand pipes.

Equally unknown and forgotten by tourists, again because of its proximity to Bryce Canyon, Mossy Cave and Losee Canyon offer magnificent walks inside idyllic surroundings. The landscape encountered at both sites is very similar to that of Bryce Canyon: gigantic cliffs, hoodoos, wonderful and enormous rock formations in orange and red sandstone sculpted by water and wind over millions of years. At Mossy Cave, we hike the trail along a river running thoughout the year and surrounded by hoodoos and pine trees to reach a waterfall. Relaxing with both feet in the running water, we enjoy the tranquility of the place with two natives, an Aura Vulture (Turkey Vulture) and a squirrel… In Losee Canyon a path named “Arches Trail” allows you to discover a multitude of arches (officially thirty) and windows while enjoying the extraordinary beauty of colors of cliffs and rocks that contrast sharply with the green of the vegetation, including pine trees, growing on the mountainside… “Click-clack, Kodak thank you !”

Here we go, the next post could be entitled “N … like No, I don’t want to go back home” but after a relaxing photo break, we do not have any time for playing… our time is up and we must “slip” again into our world… and perhaps prepare for the next trip. “The best trip is the one that has not yet been done“, as Loïck Peyron said. 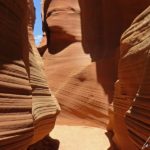 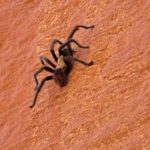 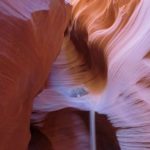 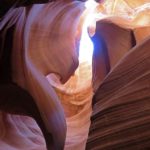 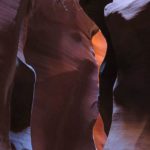 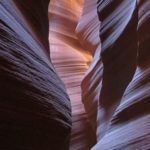 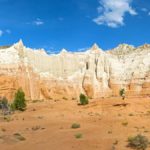 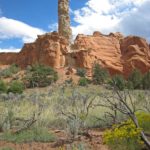 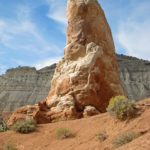 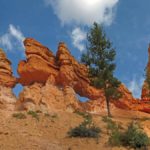 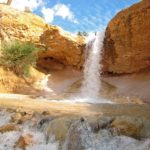 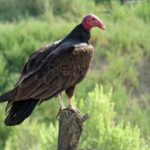 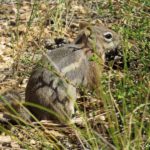 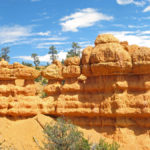 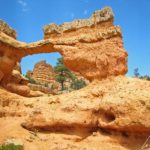 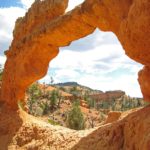 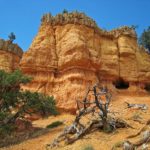 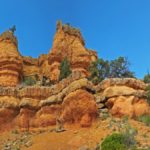 Thank you ! Packed with memorizing natural wonders, including kaleidoscopic canyons, alpine vistas and ancient petroglyphs, Utah is as wild as it is hypnotic 🙂

Your photos are stunning! I would LOVE to go hiking here..although I’m not sure about meeting that massive spider!

Thank you 🙂 Utah is home to some of the most unique and beautiful terrain in the United States, and some of the highlights are only accessible to those who are willing to lace up their hiking boots and hit the trails.