The further North, the warmer it gets… Is it a hallucination due to heat? A red kangaroo is calmly watching us. We wonder who’s looking at whom, each a curiosity for the other. A little further away, a Capricorn is taking it easy in the tropical sun ! Well, it is time for us to move on to our next stop: Ningaloo Reef… 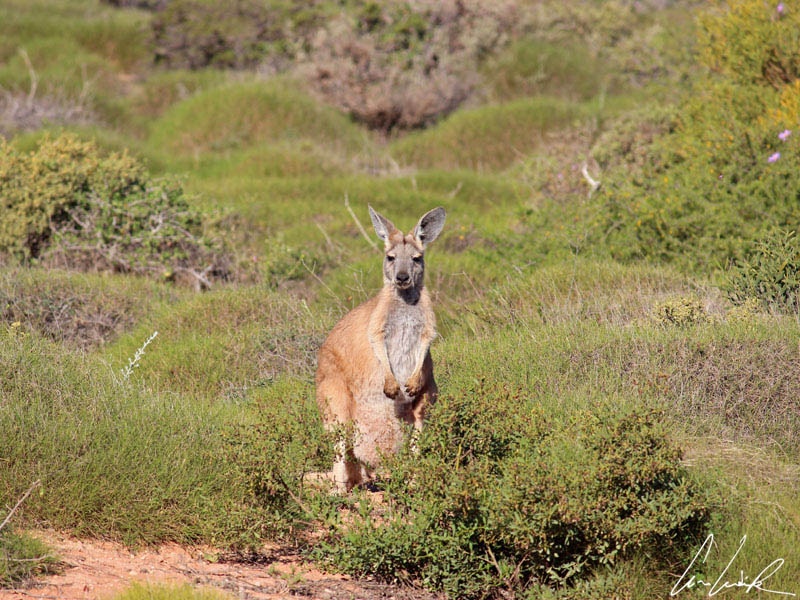 Before traveling to Australia, everyone dreams of the Great Barrier Reef off the coast of Queensland in Northeastern Australia. But do you know that the West Coast also has a unique coral reef, just as beautiful, less known and more accessible? On the map, Ningaloo Reef may seem modest. It runs along the Ningaloo Coast 750 miles North of Perth, and is approximately 300 miles long between Coral Bay and Exmouth. It is perhaps nothing compared to the vast Great Barrier Reef on the East Coast which stretches for nearly 1,400 miles over an area of 133,000 square miles in the Coral Sea, but this western barrier reef is surprisingly accessible. In some places the barrier is just a few feet off the peninsula… Once the fins and mask are on and the snorkel between our teeth, diving into the crystal clear water quickly reveals that the relative small size of Ningaloo does not detract the extravagance of its natural resources. It supports an abundance marine life of about 500 species of fish, 600 of molluscs and many other invertebrates within an environment of about 250 species of coral, white sand beds, and a daily ballet of colorful fish myriads, turtles, dolphins, rays, and sharks. 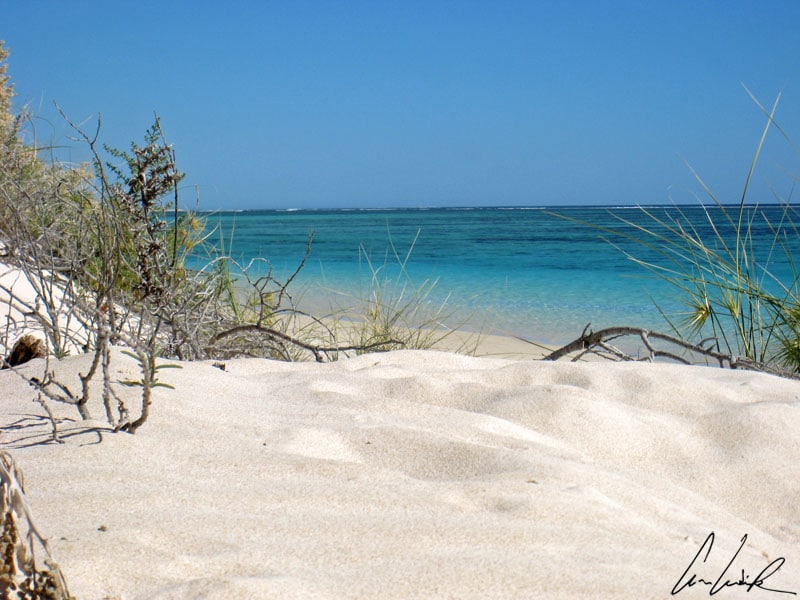 All that time in and under water must not make me forget what is on the mainland! Near the town of Exmouth is the Cape Range National Park, established in 1965 covering an area of 184 square miles, a site where the outback and the ocean met – On s’était dit rendez-vous dans 10 ans / Même jour, même heure, même port (We said let’s meet in 10 years / Same day, same time, same port) lyrics of “Place des grands hommes” by the French singer Patrick Bruel. The rendez vous is downright magical ! An elevated plateau composed of Limestone and a spectacular deep red gorge at the bottom of which a serpentine river flows into the Indian Ocean: welcome to Yardie Creek Gorge. I do not know about you, but all that scenery moves me a lot! The arid landscape of the park is home to a rich collection of flora and fauna, including emus, kangaroos and different species of birds such as cockatoos Corellas and bird of prey. In the gorges, the sharp-eyed may discern the dark silhouette of rock-wallabies, a relative to the kangaroo particularly adapted to cliffside life. In the rocky, rugged, and deep terrain of the Gorge, they show a surprising agility. For us, the observation was fruitless…

Leaving coastal excursions (for now), we head back inland to the Back o ‘Bourke and the discovery of Karijini National Park, an oasis in the semi-arid tropical climate. With its narrow and spectacular red gorges at the bottom of which lie beautiful natural pools and waterfalls, Karijini National Park stretches over an area of 2,422.5 square miles, the size of the French department of Seine-Maritime or the State of Delaware. The park is located in the Hamersley Ranges of the Pilbara region in the Northwestern part of Australia, and lies just North of the Tropic of Capricorn. It is the second largest national park in Western Australia, Karlamity National Park being the largest. Not only it is a very big park, but it is also very isolated. The nearest town, about 50 miles, is a small mining town called Tom Price with less than 3000 inhabitants. Just South of the park is the massive iron ore mine of Marandoo… because of that the town of Tom Price is full of miners !

The landscape around the gorge is full of spinifex, eucalyptus with a white trunk contrasting with the reddishness of the ground, and the acacias. The park is idyllic for hiking, observing the fauna and flora, photography, and even swimming… You can climb, swim or simply look into some 330-feet deep water holes, which reveal billions of years of the Earth’s history and some of the oldest rocks on the planet. So, are you ready for a beautiful sunny day in Karijini National Park ? Follow the marked trails down into the cavernous gorges and cool off in cold pools of water or under cascading waterfalls? It is an easy hike to Dales Gorge. Start by going down to the foot of Fortescue Falls and walk along the edge of the gorge to the Circular Pool. Along the way you may have your feet wet, but who cares, it is an adventure!

A little more challenging… the walk down into Hancock Gorge starts with a steep descent partly by ladders… then you cross a first cold pool of water, very cold even – take your shoes off and do not be afraid to have water up to ??…it all depends on your height–the tallest are the luckiest! – to reach the Amphitheatre. If you think you are at the end of your pain… think twice: you still have to cross the slippery Spider walk by walking on the edges of the wall: Spiderman. Spiderman / Does whatever a spider can / Spins a web. Any size / Catches thieves. Just like flies / Look out! Here comes the Spiderman! All your efforts are rewarded when you arrive at the sublime Kermits pool… enjoy the place and recuperate. You have to go back the same way !

Well, after all these emotions, we deserve some rest in the spectacular Hamersley Gorge surrounded by a range of colors. Hamersly Gorge is located northwest of the park with waterfalls and natural pools for swimming… Exactly what we need to complete this sunny day in breathtaking natural surroundings. Besides, we are not the only one enjoying the bliss of the water at dusk… a cockatoo Rosalbin also devotes himself to the pleasure of the flowing waters under the haughty eyes of a sacred ibis.

Catch ya later on the coast again ! 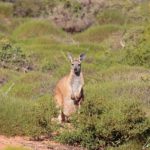 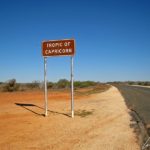 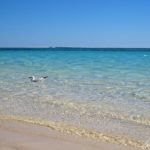 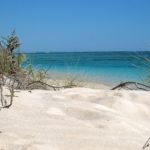 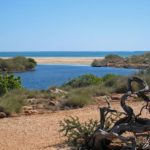 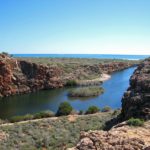 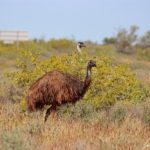 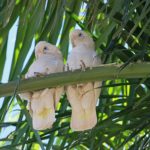 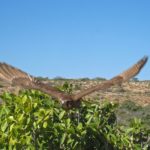 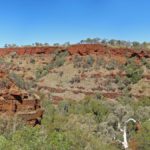 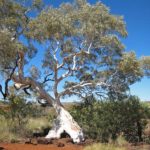 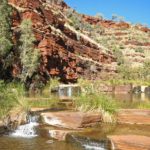 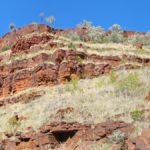 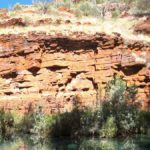 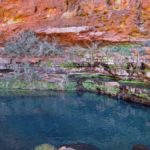 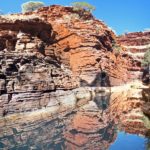 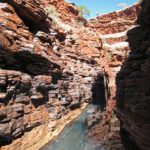 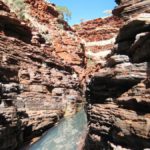 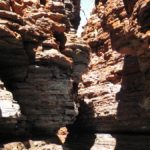 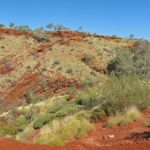 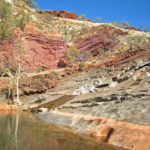 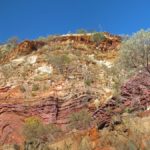 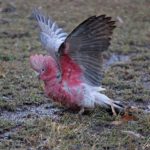 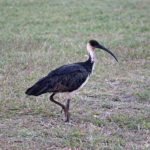 Beautiful scenery. I have always wanted to make my way to Australia. It is definitely on my bucket list!

Beautiful! West coast or East coast. I would be happy to visit all of it. Australia is on my list of places to visit. I would like to hike and explore here.

Beautiful photos! I’ve always wanted to visit Australia. It looks like such a beautiful country to visit.

This place is INSANELY beautiful! Love the wildlife and landscapes- so perfect to go out and explore!

This looks like it was a beautiful trip! I have always wanted to see this part of the world.

I dont mind hiking up this wonderful place! as much as I love living in the city, there’s nothing quiterelaxing than being away from it all and being one with nature. Thank you for the photos and the guide! It feels like I already went there 🙂

Wow! I love all the photos you took. I felt like I was actually there. Now, to plan a trip and do some trekking of my own 😀 Thank you!!

Wow,such a beautiful place. I am certain the atmosphere will be great. I have always thought about visiting Australia ,this post is surely pushing me to go their soon.