The Kimberley, situated in the Northwestern part of Western Australia, is known for its wilderness. It is one of the nine regions of Australia and bordered on the west by the Indian Ocean, on the North by the Timor Sea and on the South by the Great Sandy and Tanami deserts. It covers an area of 163,521 square miles–much larger than Germany, and about the size of California. It is a region of savannah, gorges and tropical plateaus where human habitation is sparse with a density of less than 0.3 inhabitants per square mile. The area is often isolated during the monsoon season when roads are flooded,. Even during the rest of the year much of it is only accessible by four-wheel drive vehicle. Welcome to an untamed land where cities are counted on the fingers of one hand !

Half way between Port Hedland and Broome lies the Big Empty: 380 miles of road through the Great Sandy Desert are just clouds of dust past only two Roadhouses, Pardoo and Sandfire, but he ocean is never far away. Eighty Mile Beach (a white sand beach) lies along the northwest coast and is nearly 140 miles long. The city of Broome with a population of about 16,000 was once known as a violent border city of immigrants who came to dive for pearls in the tough environment. Today it known primarily for its palm-lined avenues and the silhouette of camels that tourists use to reach Cable Beach at sunset… Imagine yourself perched on your Jolly two-hump Jumper at sunset on Cable Beach, humming, “I’m a poor lonesome tourist / I’ve long way from home / and this poor lonesome tourist / has got a long way to home / over mountains and over meadows / from dawn’til day is done / My camel and me keep riding / Into this settin ‘sun / I’m a poor lonesome tourist / But It Does not bother me“. This beach should be renamed Camel Beach to better reflect reality ! Fortunately, away from this dramatic (or rather “dromatic”) souk, hotels and beginner surfers (commonly called Shark biscuits), the coastline offers astonishing splendors, especially at sunrise when the first sun rays begin to shine on the beach and the cliffs at low tide… a landscape worthy of Cézanne or Rothko !

We start our adventure into the heart of the vast Kimberley with a bumpy journey in four-wheel drive vehicle on the legendary Gibb River Road ( “the stuff” or GRR), a 410-mile East-West road of dust and sections of corrugated steel connecting the towns of Derby and Kununurra at the Eastern edge of the Kimberley. A sea of red dust with the horizon of the semi-arid plains bristling with spinifex and baobabs. At this point we might sing a remix of Beds are Burning, a 1987 song by the Australian rock band Midnight Oil, “Four wheels scare the cockatoos / From West Derby to Kununurra / The western desert lives and breathes / In fourty degrees“ (Beds are burning) ! But amid the harsh desert, the area reveals spectacular scenery: beautiful waterfalls, dramatic gorges and rock pools such as the must-see Bell Gorge about 160 miles from Derby and 18 miles off the GRR. Travelers and aboriginies enjoy this little corner of paradise: a rainbow lorikeet picks while Varan laze in the sun after a swim. 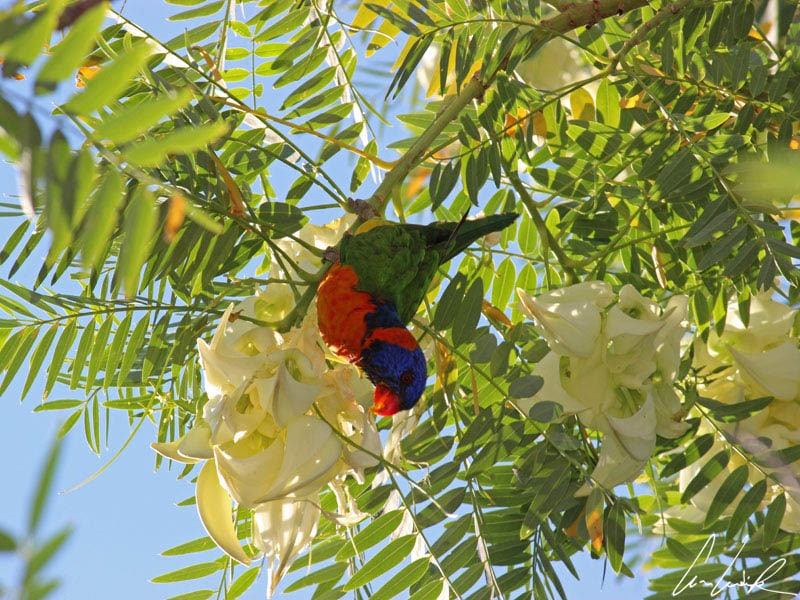 The Kimberley has a tropical climate with high temperatures throughout the year. The average annual mean temperature is around 81° F. The rocky terrain offers a myriad hiding places and some spots for sunbathing. It is not surprising that the region is a paradise for reptiles and not “There, Everything is new, and everything is wild / A free continent without any fencing” (There by French singer Jean-Jacques Goldman.) On the sandy banks of the Lennard River in the heart of the Windjana Gorge the king of the reptiles lazes: the freshwater crocodile, colloquially freshie, a species endemic to northern Australia, “He chewed the words strongly / When he opened his mouth wide / We expected to see his enemies inside / Oh the cro cro-co-co, the cro-co-co, the crocodile…” Unlike their saltwater relatives, the salties, the freshwater crocrodile is considered harmless to humans, although their jaw contains impressive teeth able to deliver a nasty bite if disturbed. But Windjana Gorge, located about 220 miles East of Broome, is also fabulous: orange walls rise majestically between 98 feet and 330 feet above the riverbed. Here we enter the den of the freshies by a “backdoor,” a kind of short tunnel dug into the cliff. Above the cliffs fly swarms of birds of prey, including many Eagles of impressive scale… Finally this is a place that almost chills your blood (making you a cold-blooded animal ?) despite the heat! So, to finish the children’s nursery rhyme, we step into the shoes of Bob Morane, “Lost in the infernal valley / Seeking a yellow shadow / saved by a crocodile”… by French pop/rock band Indochine (Indochine – L’aventurier).

A more welcoming appearance, but appearances can be misleading! A trail along the base of the gorge wall offers a magnificent view of the natural beauty of the Geikie Gorge. The serenity of the place, the beautiful reflection of the white and gray cliffs in the water… encourages visitors to lay down on the sand to get lost in the contemplation of the place… with all these reflections, we become confused. Then head for a swim in the river when the heat of the day gets too oppressive. But only the bravest go swimming; again the river is full of freshwater crocodiles. Decidedly, straight out of Hell ?

Continuing toward the town of Kununurra, close to the border with the Northern Territory, we take a last, but not least, look at the Kimberley region: the Purnululu National Park (which means “sandstone” in kidja), also known as the Bungle Bungles, a distortion of “Bundle Bundle,” a common grass that grows in the the area. The park is located about 190 miles South of Kununurra and covers 592,370 acres. Again, a four-wheel drive vehicle is indispensable. Along the sandy track, thorny vegetation partially covers the ochre-colored ground and a rare kangaroo is disturbed by the noise of our jeep and jumps at breakneck speed disappearing into nature in an instant. The end of the 33 mile long track seems very far, especially with potholes, river crossings and “corrugations,” that give the road surface a corrugated metal sheet look. But the reward is at the end, a landscape of sandstone domes and conglomerates with orange and anthracite bands appears in the distance. The park was named a UNESCO World Heritage site in 2003 for its outstanding natural beauty. The landscape is stunning ! On the surface of the stone, delicate brush strokes of an artist paint the sandstone in alternating orange and anthracite, the natural consequence of differences in clay content and porosity of the sandstone and iron layers. The orange stripes consist of oxidized iron that dries quickly to allow cyanobacteria to develop giving a warm color to the rock, while the wet clay hosts colonies of cyanobacteria anthracite growing on the surface where moisture accumulates… And the artwork is nothing more than the incredible pigmentation from mother nature. 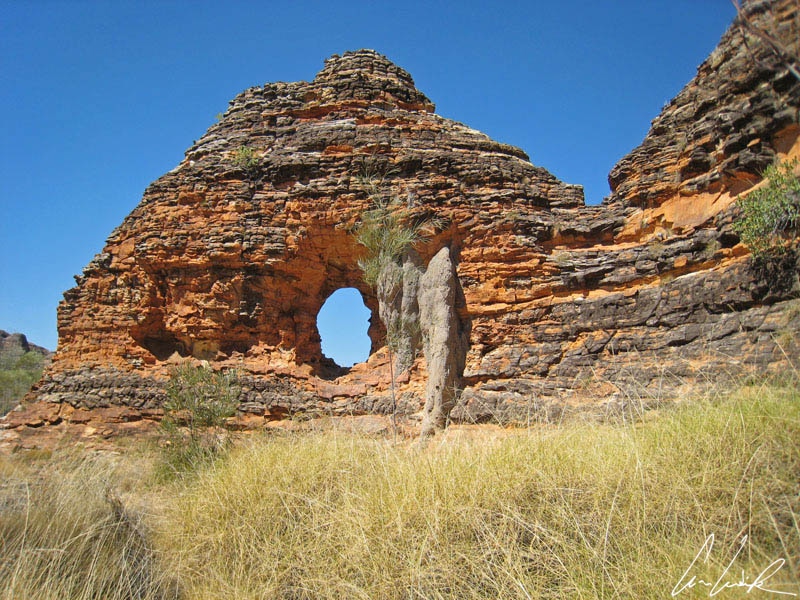 The extraordinary beauty of this remote corner of wilderness unveils itself over many hiking trails throughout the park revealing a range of hidden wonders. At a curve on Picanninny Creek walk tens of domes suddenly appear,like silent sentinels exercising their vigilance, impassive since the dawn of time… Further along is a window flanked by giant beehives, mounds that open up to another horizon… But we also discover that these famous domes, exceptional as they are, are only part of a whole. At the heart of the park is a labyrinthine network of spectacular gorges with striking color variations depending on the angle of the sun and the time of the day (Echidna Chasm), a giant natural amphitheater (Cathedral Gorge), clusters of majestic fan palms squeezed between walls and crevices in the rock (Mini Palms), vertiginous faults in the rock… all these fascinating landmarks are inhabited by a great variety of fauna including over 130 species of birds. Dinky-di, we even found among these sparrows a kind of relative of the mysterious Harold Finch…presented as the “Person of interest” of the day and caught live after intense scrutiny worthy of former CIA agent Reese: the Long-tailed Finch or Double-barred finch… for those who do not yet know this excellent CBS science fiction series, see Wiki (which is always your friend) !

With all that, there is still no sign of the drop bear… Maybe this animal is not found in Western Australia, but in another Territory, North or South? Let’s go Peace (ful) & Dove (Geopolia placida)… and pass over a 90-minute time difference to continue the trip into the North and South Territories ! 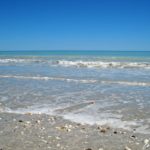 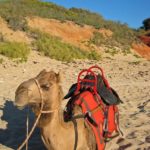 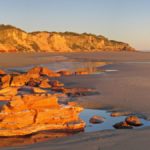 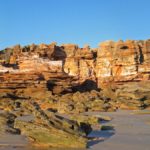 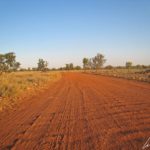 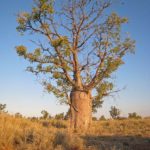 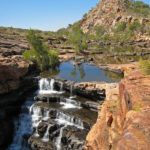 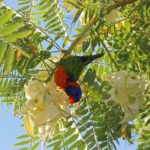 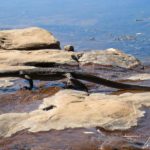 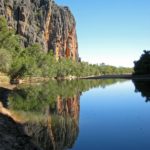 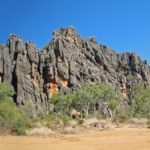 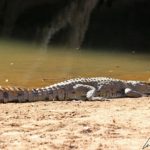 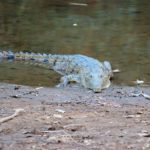 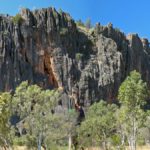 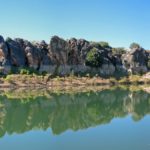 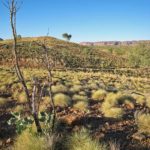 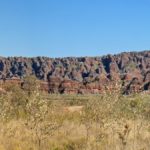 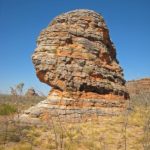 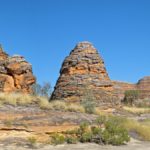 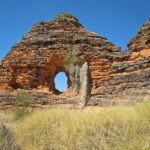 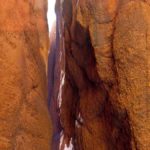 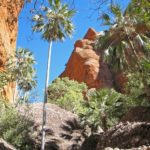 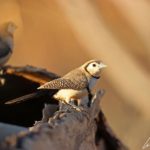 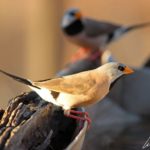 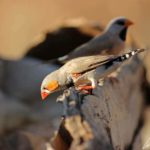 Wow, thanks fot sharing this. Though I haven’t been to Austraulia, it’s one in my bucket list outside my country, the Philiplines. I am going to bookmark this article so I can have a quick reference in the future.

Those pictures! Beautiful, I just loved all the bright colors. I have never thought about visiting Australia but this makes me put it a bit higher on my bucket list!

Wow, very lovely photos. Australia has always been in my bucket list. It is such a wonderful country. Thanks for sharing!

This area looks amazing! Plus I love the names that aussies give places. I mean, you can’t really argue with a name like “big empty!”

How long did it take you to navigate over to so many places?

So beautiful! I love tropical climates and an average temperature of 81F is the perfect temperature for me. Wish it was 80F all year round where I live 🙂

What a stunningly beautiful place! As a city-dweller, I don’t think I’ve ever been to such an uninhabited place – it would be fascinating to explore here!

What an amazing spot … wish I could see it someday

What beautiful photos accompany this post! The colours are wonderful.

The names of the places are great – We have similar creative names on the east coast of Canada. So much fun! How long did it take you to travel to so many places?

What a gorgeous place. I feel as though you were just surrounded by peace and solitude! Thanks for sharing!

Whoa! This is gorgeous. I’ve been to Australia but never this area. Seems like such untouched land. Love it!

Wow some incredible scenery and nature from a very remote part of Australia!

The pictures of this place looks stunning! I have never been to Western Australia and your description makes this region somewhere I definitely want to go now.

The landscapes are so beautiful! Wonder if there are local artists or artist colonies here!

Beautiful and isolated. I wouldn’t ask for anything more. Nice work.