C-Ludik > Oceania > Australia > I dream of water, but of ocean…

I dream of water, but of ocean…

After leaving the Pinnacles Desert and its extraordinary rock formations we continue our journey North, following the Indian Ocean and its beautiful beaches interspersed with fishing villages – Being happy over / Being on a boat / I dream of water / But of ocean / Ah! The ocean / Fishing fish in it (free translation of “Le rêve du Pêcheur” by the French composer and singer Laurent Voulzy) – such as Jurien Bay about 137 miles North of Perth. Imagine wide white sand beaches caressed by the breaking waves of the Indian Ocean: alone on the sand / Eyes looking at the water watching dolphins play. There is no such thing as a private beach. Just lay down your towel to own a piece of paradise for as long as you wish. However, although these beaches make you dream, swimming is another story… It is winter, and the water is cold (at least for me!). If the ocean is not always in sight of the road, huge white sand dunes in the middle of the greenery tell you it is near.

Just before entering Kalbarri National Park, we pass a vast salt lake–no, no you are not dreaming or under the influence of an illicit substance–the water is pink! This is Kalbarri National Park 301 miles North of Perth and covering 706 square miles. The Park features spectacular coastal red sandstone cliffs that plunge more than 328 feet into the Indian Ocean and from which we can watch whales leaping off in the distance. Many pleasant hikes punctuate these coastal cliffs passing colorful rocks such as at Pot Alley. These strips of compacted sand are the result of wind and wave erosion exposing multicolored layers in the sandstone cliff over about 400 million years (remember: Yonks). At sunset, the colors change, and the rugged coast takes on a golden shade as seen in the Natural Bridge. Twilight is also the time when indigenous people go out to enjoy the last sunrays. We meet one of them, with golden skin and beautiful blue eyes… Yes, I am convinced, ladies, that under this apparent golden shell beat a sweetheart. 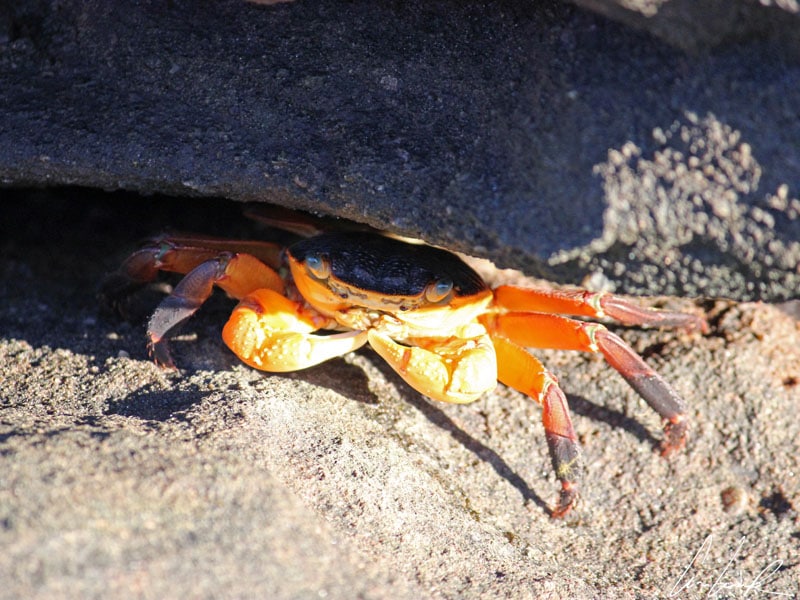 Some distance from the coast, Kalbarri park offers a different face. The Murchison River winds through steep gorges before flowing into the Gantheaume Bay at Kalbarri some 510 miles from its source. Again the gorges offer a palette of astonishing colors in contrast with the whiteness of eucalyptus that grows into the cliff; Mother Nature is a great artist !

We continue our journey North, still looking for the drop bear, towards Shark Bay. Lying about 500 miles North of Perth, Shark Bay was declared a UNESCO World Heritage site in 1991. It is a large indentation in the coastline and is divided into two vast inland seas slightly larger than Finistère in Brittany—another reference to Brittany for our friends!. The Aboriginal name for this region is Catharrugudu meaning “Twin Waters.” This bay is also where in 1616 the Dutch explorer Dirk Hartog made first landfall in Australia. Again, the magic of Oz operates as our road passes a number of creatures unique to the world. To begin with the oldest, Hamelin Pool is the only place in the world where stromatolites continue to grow. “But what is this thing?” you say! OK, I grant you, stromatolites are not very “photo-sanitary”–forgive me, photogenic—but show some respect for these primary forms of life that are among the oldest forms of life on Earth! These limestone formations are made by cyanobacteria (blue algae) which are almost identical to some dating from more than 3.5 billion years ago, and which by increasing the amount of oxygen in the atmosphere helped develop the first forms of life on Earth… Conclusion, we owe our existence to these repulsive mounds. Isn’t life great ?

Inside Shark Bay, Shell Beach is 38 miles long and made entirely from tiny shells (11 mm on average) stacked to a depth of 15 to 32 feets. Most of these shells are “fragum erugatum” (bivalves). There is not a single grain of sand! We need to come back a few thousand years from now! Before Shark Bay became a UNESCO World Heritage Site, these tiny shells, which over time have formed a limestone known as Coquina, were used as building materials in the local town of Denham. The Anglican church there is built entirely of bricks of shells… and it is rather curious. The other particularity of Denham is that it is the westernmost town in Australia… which does not mean its residents are “completely stupid,” or Dill in Australian slang !

François Peron (a distant relative of Loic) National Park covers the entire peninsula North of Denham. The park was named after the French naturalist and explorer François Péron who was the zoologist aboard Nicolas Baudin’s 1801 and 1803 expeditions to Western Australia. The park is characterized by small bushes, salt lakes, red sand dunes, and the Big Lagoon. Red sand dunes, pink sandy beach, and blue waters… a true corner of paradise !

To conclude our visit of Shark Bay, we meet Castafiore (without Tintin… although there was perhaps a Crested Pigeon around?) singing on the beach! And then a gorgeous sunrise calls up a stunning sunset. At dusk Monkey Mia beach reveals a spectrum of astonishing colors… Bye Bye Shark Bay, “it is just a goodbye” and catch ya later. 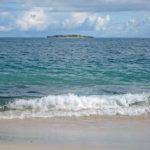 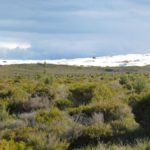 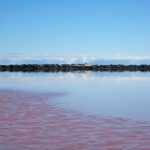 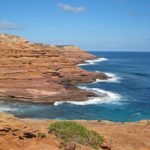 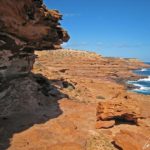 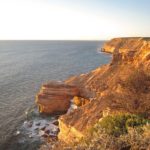 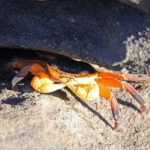 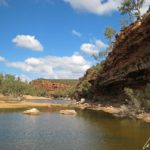 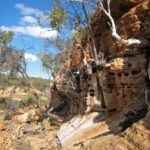 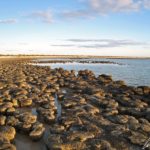 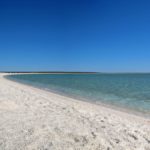 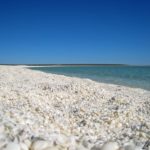 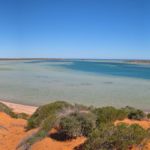 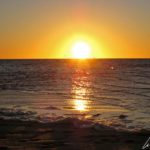 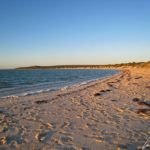 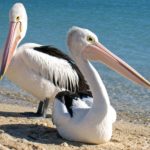 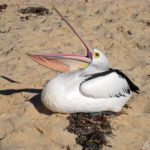 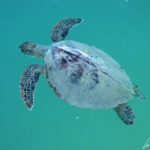 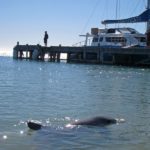 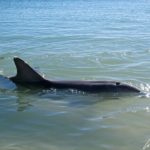 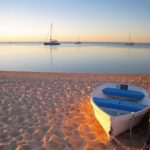 I’m always looking to wake up for sunrise. Would love to see them pink reflections!

Wow, all your photos are incredibly beautiful. I love love love the ocean, all these photos made me feel instantly transported to the ocean with you!

Some great photos, and to have that whole place all to yourself. Looks like heaven.

Love this post – gorgeous photos by the way! But also, this little quote caught my eyes from your bio:

“Have you noticed how some books, movies or even songs fill you with the urge to pack and join the characters, sceneries and moods they conjure up ?”

And I feel like you’ve just absolutely hit the nail on the head about why I travel. Turning the fictional into real! Love it!

Glad I found this blog.

Your photos are so beautiful! The blues of the water and yellows of the sunset are so sharp! But the pelican stole my ❤️!

Wow this looks and sounds like such an amazing journey! Gorgeous photos, it looks like you encountered some amazing views!

Australia is such a cool continent with so many interesting landscapes. Thank you for sharing your insight and experience in these beautiful places!

Your photos are so pretty! I love how the place looks totally empty, with no other soul around. These are my favorite places as well, where I ca enjoy the beauty of nature and hear nothing but the sounds of the waves. The wildlife is majestic as well!

I absolutely love the way you write! It really takes you to the place 🙂 I can’t believe I haven’t made it to Australia yet, but when I do, this place is definitely on my list!

Australia is so beautiful! I absolutely love its beaches. They are best in the world. And there are so many of them that I would love to visit the uncommon ones where there is no ceowd just like this one. Is it always this empty?