OZ the Great and powerful

It was not a hot air balloon in a tornado that took us to Oz, but simply a non-stop flight to Perth, Australia. This was probably much safer but also much longer… And one can easily imagine being in “Donkey” shoes (hey, hey, donkey skin!) and traveling with Shrek & Fiona to the Far Far Away land and regularly asking, “are we there yet ? “.

Just landed in Perth, the capital of Western Australia and a city that owes its name to the Scottish region Perthshire (a link to my previous holidays !!). Without a doubt we have entered “The Wonderful Wizard of Oz“… Like Oscar Diggs, a small circus magician, we discover this marvelous city with lush flora, amazing people, and odd creatures. Here are some kangaroo paws- but where is the rest of the animal, you may ask? – But the kangaroo paw is an extraordinary flower with six-paw like structures covered with dense wooly hairs. The name of the plant derives from the structure of the flower, which resembles the paws of a kangaroo. The iconic Australian tree, eucalyptus – great for nasal congestion, just like a bottle of Vicks ! -… Eucalyptus is everywhere with more than 700 species listed including the Eucalyptus macrocarpa pyriformis with its stunning filamentous flower. Finally, banksia is easily recognizable by its brush-like flowers. But what is this strange multicolored bird that emerges from a tree and almost lands at our feet: would it be a Lorikeet ? And the other one looking at us proudly with its puff. Is it the famous Crested Pigeon ? This is already magical ? 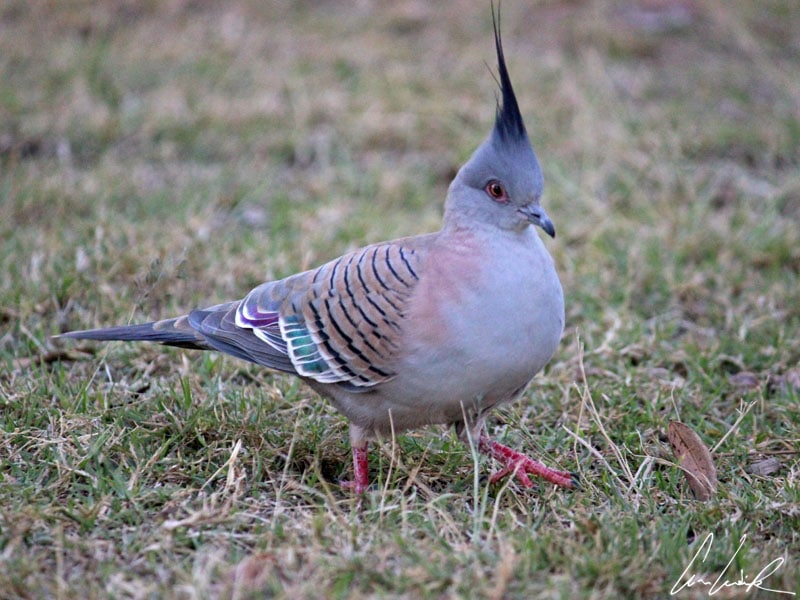 Perth, on the banks of the Swan River under an almost always blue sky, is one of the most isolated major cities in the world Jakarta, Indonesia, (1,873 miles) is closer than Sydney (2,045 miles), Brisbane (2,239 miles), or Canberra (1,930 miles). Perth is the fourth most populous city in Australia and contains roughly 70% of the 2.2 million people living in the State of Western Australia according to the 2014 census. With a total area of about 976,790 square miles Western Australia is the largest state in Australia, nearly five times the size of France (248,573 square miles). Suffice to say that we can walk on the beach without seeing a footprint or walk on the Bush for days without meeting a soul, or almost because we do encounter the famous road trains, gigantic trucks pulling two, three, sometimes four trailers (up to 170 feet in length), which change course for no one. When they swoop down on you at 60 miles an hour, they seem straight out of “Mad Max.” After Mel Gibson in a Scottish kilt, one can easily imagine Mel Gibson in trucky !

But now let’s talk about people… any visitor who believes that Australian-English is a curious variant of British English will be surprised! Common words have been shortened to the point of being unrecognizable. Any word with more than two syllables is shorted by dropping the final syllable and adding a vowel or by making it diminutive. For example barbecue, becomes barbie, but this does not mean you should bring your “blonde doll” to the BBQ. Other examples: breakfast becomes brekky or mosquitos becomes mozzies. Other words come from aboriginal languages: gibber means stone and rock and also a stony or rocky desert plain. Other words come from the slang spoken by European convicts during colonization. If you are asked: do you want some “Dead Horse” to accompany your steak, do not be frightened. You are only being asked if you want some tomato sauce! Another strange custom of the inhabitants is the BYO (Bring Your Own) displayed in most restaurants (always have your cooler with cool drinks) !

Now, just for you an “Aussie Lingo Test,” Can you speak Australian slang?
Make the following five matches… with some clues in brackets to help you

Now, to set the stage, it is time to explore the national parks, remote corners, and the heart of the bush in search of the drop bear (a kind of local dahut, a legendary creature well-known in France and Switzerland). Are you ready to explore the Back o’Bourke singing loudly the chorus of “Back out on the road”: Now I’m getting ready to hit the open road / Think of all the dreams we’ve been chasing / Driving through the sunshine / Driving through the rain (Driving through the rain) /Back out on the road again. Drive away, drive away / Can’t you hear it calling / Roll away, roll away / It’s a brand new day ” (Holy Shemp – Back out the road again)

Returning to the land of Oz with its magical landscapes… imagine yourself surfing on a wave when suddenly you hear the magic word “Stupefy” (Harry Potter fans will understand) Here is Wave Rock, a natural rock formation of petrified granite about 45 feet high and about 360 feet long shaped like a tall ocean wave. The multicolored waves seen on the walls are due to the dissolution of the iron content of the rocks and to microscopic algae that grow in the rainy season. Thousands of years (here we could use the term Yonks) of chemical erosion sculpts the weathered granite into amazing and very photogenic formations. The wave rock is found about 180 miles East/Southeast of Perth !

At Yanchep National Park located about 26 miles North of Perth our path crosses that of Logan, better known as Wolverine. It seems as if Hugh Jackman, exhausted from his role in the 2013 superhero film “Wolverine,” came here to take a break in his native country. His ultimate fight of the day, claws out (really impressive, his claws !), is a ruthless struggle against sleep… In the end, however, the claws are very useful to keep from falling out of a tree! More seriously, aren’t they are cute, these little koalas ? This stocky marsupial has a body length of between 24 and 33 inches and weight of between 9 and 33 pounds. At the heart of the park lies the Loch MacNess, a dark freshwater lake… Is this why we missed Nessie in Scotland! Because he took a vacation in Australia at Loch MacNess along with his friend, Skippy ! The bush kangaroo, is not to be confused with the peanut better. We have warned you; everything here is magical !

In the Wheatland region about 125 miles North of Perth, in the middle of the Nambung National Park, lies the Pinnacles Desert is also known as the Penitents Desert. On a vast dune plateau, the Pinnacles Desert is home thousands of weathered and eroded sedimentary limestone monoliths, some in strange shapes (honni soit qui mal y pense! –shame on anyone who doesn’t like them!) Some of the tallest pillars attain 16 feet in height above the yellow sand, a sort of vast and gigantic Carnac as our friends from Brittany might say!. When Dutch sailors first visited the area and saw these rock formations, they thought they had discovered the ruins of an ancient city… At sunset when the light is sublime, and the crowd is gone, you feel like you are on another planet even when cockatoo rosalbins emerge in joyful cacophony. Similarly at a drizzly dawn (Breton!) the light is simply unreal… especially when a rainbow appears in the sky. 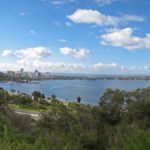 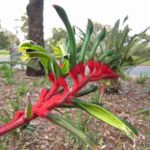 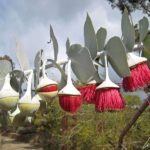 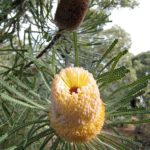 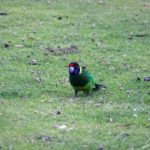 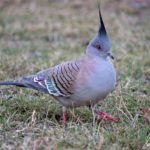 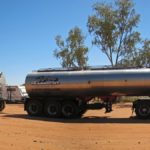 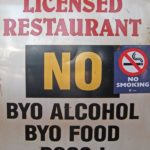 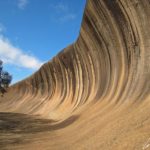 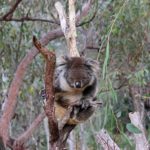 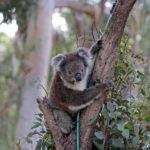 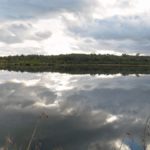 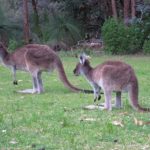 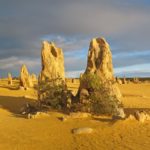 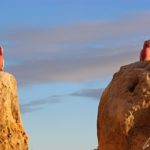 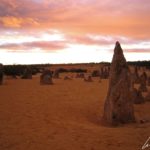 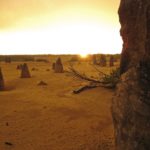 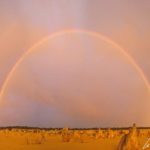 This is an interesting guide to Perth and the area around it. I particularly like the photos of Pinacles desert and also the quick guide to Aussy Slang words 🙂

I like the Aussie slangs! A great post and a great read, I liked your pics, especially the Pinnacles desert. t first even I thought they are some ruins!

Hang Around The World

The photos make me want to visit this place as soon as possible, the words do the rest.
Really helpful the tips about the Australian slang, thanks!!

Australia is a country with so many diverse landscapes. It would be amazing to explore it someday. One of my fav cities in Australia is Adelaide because it seems not so crowded. I hope I am right. 🙂