C-Ludik > Oceania > Australia > Journey to the Red Center of Australia

Journey to the Red Center of Australia

There you are, the red sandy plain of the heart of Australia. Aborigines call the red sandstone formations “Uluru” and “Kata Tjuta” and white people Ayers Rock and The Olgas. These sandstone monoliths were discovered by the first Europeans expedition traveling in the area. In 1872 Ernest Giles saw Kata Tjuta and called it Mount Olga. In the following year, 1873, William Gosse discovered Uluru and named it Ayers Rock. Uluru and Kata Tjuta were established as national parks in 1958. In 1985, the Australian government gave the land back to the “Anangu.” In 1987, the Park became a UNESCO World Heritage Site. The Park covers 512 square miles, and is managed jointly by the “Anangu Aboriginal people” and the federal government.

Uluru, also known as Ayers Rock, is a gigantic monolith that stands 1,142 feet high and has a circumference of about 6 miles. This domed formation results from the erosion over millions of years of a chain of sedimentary mountains. If at the sight of this monolith you are not impressed–we estimate that only one-third is visible; the bulk is below the ground, nothing is enough to impress you. Sunrise and sunset are the most popular times for tourists. At these times this sacred rock offers breathtaking color change in shades of red and orange. Nobody, not even the most world-weary traveler, remains indifferent to Uluru, a true natural icon of Australia! By looking a little closer, we are surprised by the delicately patterned surface (the rock is streaked and speckled,) and hiding here and there many sacred sites for the “Anangu”.

In aboriginal language “Kata Tjuta” means “many heads.” Twenty miles West of Uluru are the Olgas Mountains, a set of 36 red granite domes whose tallest peaks are 1,792 feet high: The Olgas Mountains. This group of 36 rounded rocks forms valleys and gorges (as Walpa throat.) It is even more impressive than its neighbor Uluru. It is here that we have met friends and relatives of Harold Finch 🙂 Like at Ayers Rocks, sunrises and sunsets over the Olgas Mountains are spectacular and leave you with unforgettable memories. 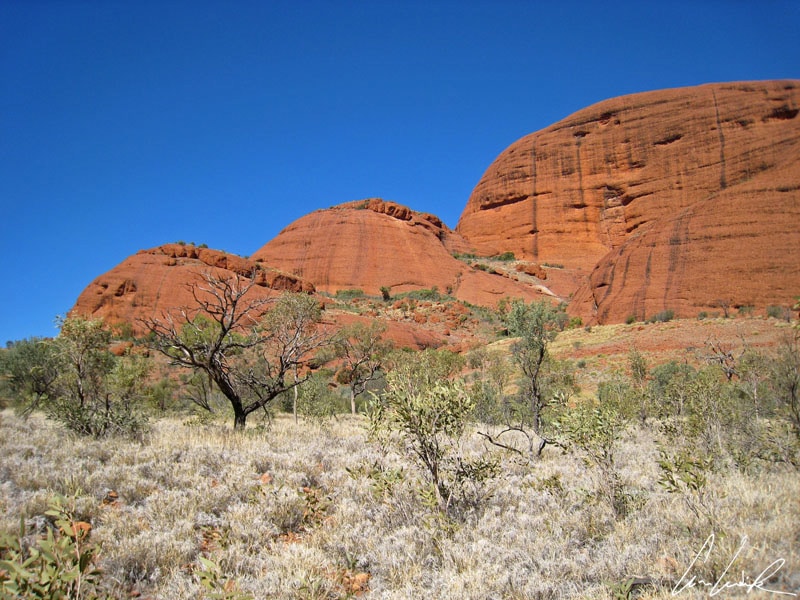 Believe me, you have not yet seen it all. Kings Canyon is just as outstanding ! It is part of Watarrka National Park in the Northern Territory, and is not like Uluru and Kata Tjuta. It starts with a simple canyon with fairly steep walls over 328 feet high in the amazing red color of the Australian desert. In the canyon we walk on rounded rock formations surrounded by eucalyptus passing small lizards such as the Ring-tailed dragon that, chameleon-like, takes on the color of its environment for camouflage, fossils, and Aboriginal medicinal plants. Along the path, the rock corridor that passes through weathered sandstone domes is a must-see and immortalized in the Adventures of Priscilla, Queen of the Desert. The dead sea’s ripples, attest the presence of a vast lake 400 million years ago. The dead sea’s ripples are immortalized in a poem by the Australian Judith Wright,
“A long curves wash of ripple
Left there its fingerprint
One long-before-time lost day
I turn a dead sea’s leaves
And touch that day and look”

The plateau at the top of the canyon offers a spectacular view of the gorge. The majestic 885 feet high cliffs are downright awesome! The Canyon has a large water hole (or “Billabong”) surrounded by sheltered lush vegetation right in the in the middle of the desert… It is called the Eden Garden… but there is no trace of Adam and Eve or of the famous apple. The flora on the plateau is mainly palm trees and Cycads, a true relic of prehistoric times, and the fauna include another lizard “molto rapido” (it has some resemblance to Starsky’s two-door Ford Gran Torino, right? No doubt the white stripes)

“This is the end / Hold your breath and count to ten / Feel the Earth move and then /Hear my heart burst again… (Adele – Skyfall). We must have an ending to be able to say, “ Qui a l’habitude de voyager… sait qu’il arrive toujours un moment où il faut partir” translated as, “Anyone who travels… knows that there always comes a time to leave” to quote the Brazilian poet and novelist Paul Coelho. The Rainbow Valley Conservation Reserve, established in 1990 is located an hour’s drive South of Alice Springs. This site covers only 9,59 square miles, mostly the sandstone bluff and its immediate surrounding. The reserve is not popular visited by tour guides and tourists since it is much less extensive and impressive than its neighbors, but its geological formations are worth a detour. The solitude and peaceful atmosphere make it an intimate, attractive site to visit (forgetting the flies of over-excited Hébus that beset the place). As its name suggests, the Rainbow Valley resembles a rainbow with cliffs striped in red-orange hues of sandstone rich in iron that contrast with the alternating, lighter shaded sandstone. The Rainbow Valley is part of the James Ranges.

These colored stripes were formed millions of years ago when the region was much wetter. Water oxidized the iron content of the sand, and the erosion flushed out the softer rocks changing the color. The spectrum of colors ranges from black-brown to red, white and yellow and cream ! 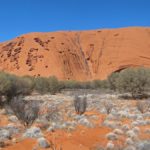 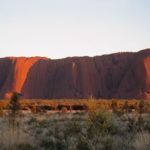 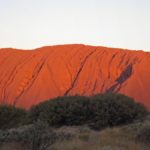 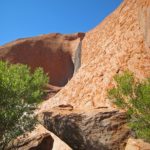 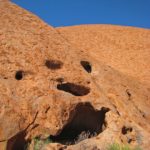 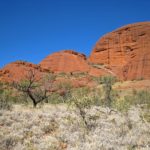 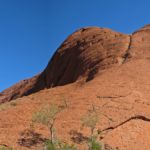 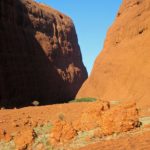 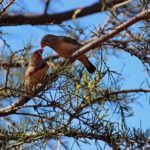 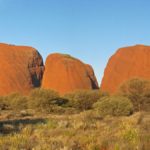 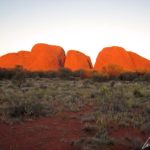 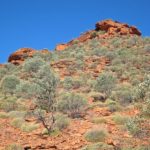 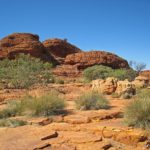 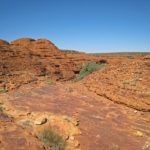 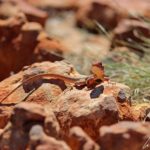 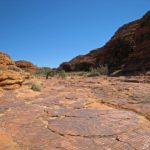 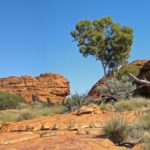 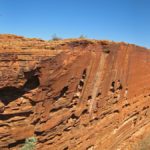 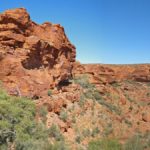 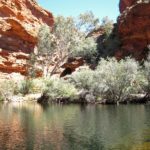 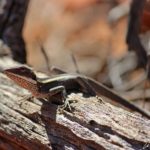 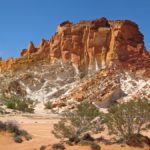 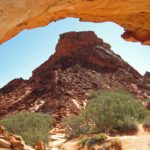 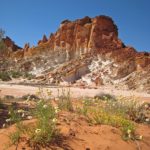 Australia seems magical ! I love the Olgas Mountains. Hope I will have the chance to visit them one day!

This 5 weeks’ road trip in Western Australia and Northern Territory were an incredible journey. More than 12 000 km hiking, breathtaking landscapes, amazing sceneries… An extraordinary adventure I recommend to you !