Tierra del Fuego… an odd name for a region located at the southernmost tip of South America across the Strait of Magellan where the average annual temperature is 40 °F and the Summer high never over 63 °F… ¡Mira vos! Tierra del Fuego was the name given the area by the explorer Ferdinand Magellan in 1520. Legend has it that Magellan’s Expedition of 1520 was struck by the sight of the many campfires that the Yámana natives built along the coast, hence the name, “Land of Fires“. Tierra del Fuego covers a total area of about 26,255 square miles, including the main island Isla Grande de Terra del Fuego and several small islands. The entire Tierra del Fuego archipelago is over 250 miles from north to south and 435 miles from east to west. The main island, the Isla Grande with an area of 18,572 square miles, is divided between Chile and Argentina. The city of Ushuaia is located on the Argentina side of Isla Grande. About 7 miles outside of Ushuaia lies Tierra del Fuego National Park, established in 1960. The park covers an area of 243 square miles and is bounded on the west by Chile and on the south by the Beagle Channel. The park protects the Southernmost sub-Antarctic forests. Just before the entrance to the park, the Southern Fuegian Railway, also known as the Tren del Fin del Mundo (the “Train of the End of the World”) operates as a tourist railway between Ushuaia and the Park. It is the southernmost train in the world. This steam railway was built beginning in 1902 as a sixteen-mile-long freight line by inmates of the penal colonies established in Ushuaia in the late nineteenth century. From 1909 and 1952, the Tren de Los Presos (the train of the prisoners), as it was known at the time, was used to transport rocks, sand, and timber to Ushuaia.

The stunning National Park has a mountainous landscape of glacier valleys, rivers, numerous picturesque lakes and extensive peat bogs. From the Lago Roca (Acigami in the Yamana language) the Darwin Cordillera, the Southern end of the Andes Mountains is visible. Many senda (paths) dot the park and explore the landscapes and forest. We start our walk along the lake and the Rio Lapataia. At this time of the year, the weather is capricious offering all four seasons in just one day… But what does it matter, it is like being an explorer in an unknown land, here Ailleurs Land, walking in the footsteps of Charles Darwin: Je regarde le ciel / Je vais à l’essentiel / Ailleurs Land translated as I look at the sky / I go to the essential / Ailleurs Land lyrics by French singer Florent Pagny (Ailleurs Land). For amateur botanists (or even professionals !), the flora of the National Park is dominated mainly of “Nothafogus” a type of beech trees in three species: guindo, ñire and lenga. In the woods, there is a dense undergrowth of Calafate (Berberis buxifolia), Michay (Berberis darwinnii), Notro (Embothrium coccineum,) a magnificent small evergreen tree with bright red flowers, Chaura, heather arborescent (Erica arborea or locally named “brezo”), mosses, etc. Setas or mushrooms include the edible Pan de Indio (Cyttaria) and lichens such as the Barba de Viejo (Usnea barbata.) The Calafate is a small evergreen shrub with shiny box-like leaves. The Calafate is native to Southern Argentina and Chile and is a symbol of Patagonia. Its yellow flowers produce edible blue-black berries which can be eaten fresh or used for jams. In Argentine cuisine, they are used for pastry. They taste like blackberries, buy a little more sour. They are often the main ingredient in cakes, tarts, drinks, and desserts and it is hard to resist their taste… My mouth is watering just thinking about them! The Chaura (Pernettya mucronate) it is a compact, bushy evergreen with glossy leaves and branches covered with thorns. In Spring, it produces clusters of white flowers and round berries ranging from deep purple to pink to white in color. But watch out: they are toxic! If you are not vegetarian, our furry and feathered friends are also present. The park is home to tens of thousands of beavers, introduced in the 1940s to develop the fur industry. Not having encountered any predators, they have rapidly proliferated and cause considerable damage. There are also rabbits, foxes, guanacos, and three types of sheldgoose, including the upland geese or Magellan geese (chloephaga picta,) the Ashy-headed Goose (chloephaga poliocephala,) kelp goose (chloephaga hybrida), and ducks. All are found on the banks of the Rio Lapataia. Other birds include the Magellan woodpecker, heron, eagle, and the austral parakeet. 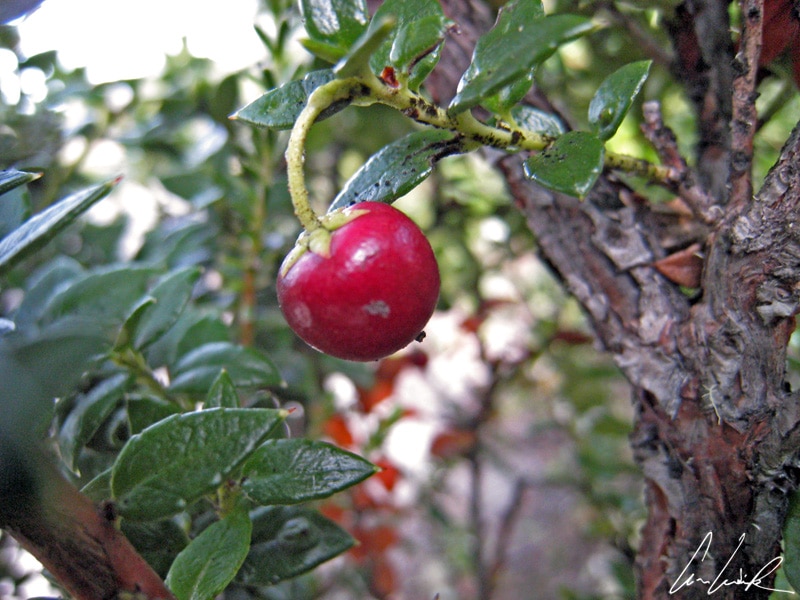 Leaving the landscape with a luxuriant vegetation, we discover lagoons with intense colors. In a few steps, we go from the intense green of the Laguna Verde to the dark colored waters of the Laguna Negra. Its waters are dark in color due to the presence of numerous “turbals” (flooded surfaces where Sphagnum-like mosses develop). The park is also home to numerous Drosera–also called Sundew or Dew of the morning–a small carnivorous plant. This plant spreads its reddish leaves in a rosette. The leaf is characterized by glandular tentacles producing a sticky secretion which appears as droplets at the tip of each tentacle—just like the morning dew. Hence the name “sundew”. Insects are attracted by this sweet secretion and trapped in the center of the leaf. Within a few minutes, the trapped insect dies, and slowly the gland secretes enzymes to dissolve and absorb the insect. A few days later, the plant abandons the empty carcass to the wind and then deploys its leaves and tentacles for new prey. In one summer, a single plant can capture up to 2000 insects…

An excursion to the Belvedere (Paseo al Mirador)… After walking half a mile to the end of the trail, we catch the first glimpse, between branches of beech and evergreen, of the magnificent Bahia Lapataia located about 12 miles from Ushuaia… Down a small wooden staircase, a road sign identifies Route 3, the last segment of the Pan-American highway, that starts in Buenos Aires about 1,913 miles away. We have reached “the end of the world”, the furthest South we can go in Argentina. Continuing this face to face with nature, we move into the Pipo River valley towards the Ensenada Bay. From there, a vast panorama offers a postcard view of the Redonda and Estorbo Islands and the Nevados mountains of the Sampaio range located on the other side of the Beagle Channel in Chile. On the pontoon, floating in the wind, the Argentinian flag appears with two other flags. The first is that of the province of Tierra del Fuego showing a white albatross in flight in the center, the orange of the Land of Fire below, and the blue of the sky and the ocean above. In the center of the blue are the stars of the Southern Cross. The second flag with the skull represents the Pais de Isla Redonda. 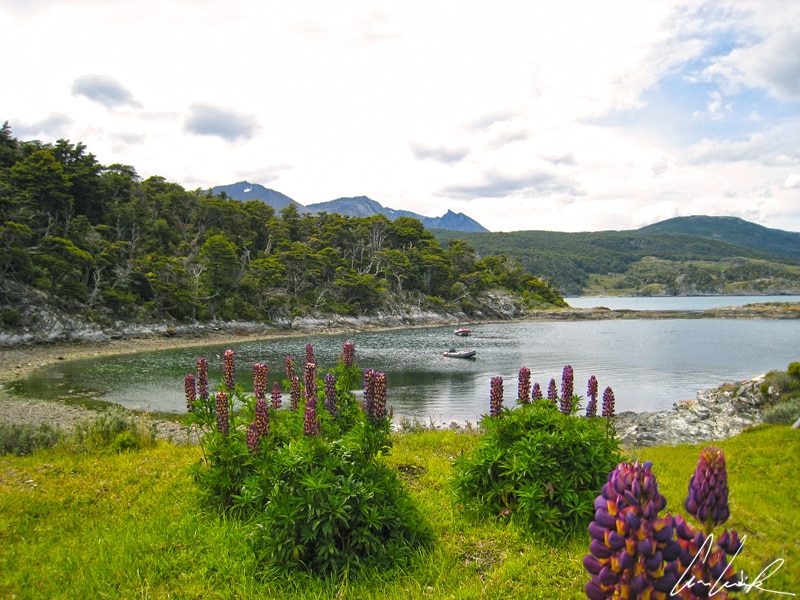 Boarding a zodiac (is the captain of this ship a distant ancestor of Robert Fitzroy ?), to go to Isla Redonda, which has the peculiarity of having only a single building: wooden hut serving as ” Post Office”, the southernmost one in Argentina ! We met the attendant, a character straight out of a Corto Maltese comic. His name is Carlos Delorenzo, the self-proclaimed Prime Minister of Isla Redonda just as Antoine de Tounens, a fanatical French lawyer and adventurer, named himself King of Patagonia in the 19th century. Our dear Carlos supplements his meager government salary by stamping tourists’ passports with a seal he created himself… This corner of the “End of the world”, mythical and inaccessible, inspires our traveler’s imagination of adventurers and leaves an imperishable memory. To paraphrase Antoine de Saint-Exupéry, French author and aviator, in his second novel “Night Flight” published in 1931 and pay tribute to the beauty of this world apart: to stay, a simple dweller here, watching from his window a scene that would never change… 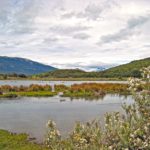 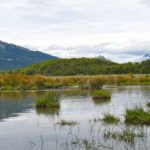 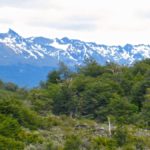 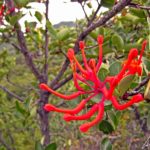 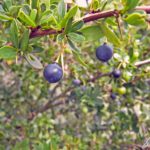 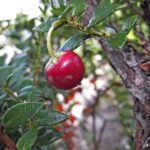 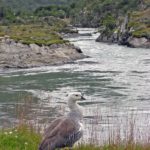 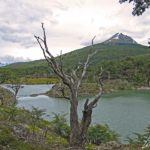 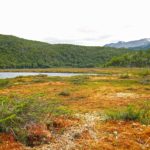 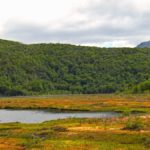 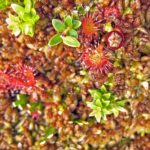 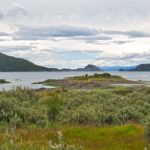 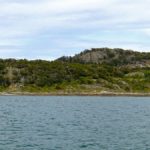 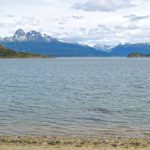 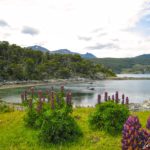 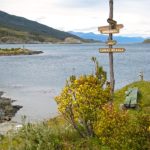 The terrain definitely looks inviting. The green in the pictures are so soothing. You sound like a real nature lover.

This looks like such a beautiful place! I’d love to take a ride on the train at the end of the world some day.

The southernmost train in the world… definitively an amazing experience 🙂

Looks so untouched and breathtakingly beautiful! I’m sure hiking through there is incredible! And I’ve never heard of the Sundew but wow, so cool!

You are right ! This stunning National Park is an incredible place for hiking: mountainous landscape of glacier valleys, rivers, numerous picturesque lakes and extensive peat bogs.. Just like a dream 🙂

Wow suc a well-written, detailed piece! Seems like a very interesting place. I really enjoyed the part about the plants. I am sure my Mom would love to see all those flowers! I have an obsession with lakes surrounded with hills, so now I am heading to Google to see more pics 😀

The whole world is full of so many amazing places to see (like the Tierra del Fuego), great people to meet, delicious food to eat etc. I hope your Mom and you see it by yourself at least once !

Loving all the pictures! I feel like this is a little slice of heaven for all those nature lovers out there 🙂 You know I’ve never been too keen on making my way to South America but I see that slowly but surely changing! This totally helped! 🙂 Thanks so much for a super informative post!! xx

That’s fantastic if this post inspires you to be adventurous and to enrich your live by exploring South America… “Travel is the only thing you buy that makes you richer” !