I visited Joshua Tree, U2

Enough of the city, cars and crowds! We head East. The city disappears slowly and gradually, houses become sparser and the land bare before giving way to vast stretches of sand and Rocky Mountains. Finally, the first wind turbines announce that Palm Springs is near. These are hundreds, even thousands, of wind turbines that all rotate at different speeds ! Amazing and yet you may think the landscape disfigured by these machines. Our destination is Joshua Tree National Park, a vast protected area in Southeastern California (a State of Western USA) covering an area of 790,636 acres. The park was created as a National Monument in 1936 and elevated to National Park in 1994 ​​The park includes sections of two characteristic deserts, the Mojave and the lower Colorado, each with a specific ecosystem, wild and arid offering total isolation deafening silence… The ideal conditions to write, meditate, and relax !

The park is named for the Joshua Tree, also called Yucca, which is native to the park. Some may think of the cover of the U2 album “Joshua Tree”, but the tree on the album cover album has since been cut and was not even located in Joshua Tree National Park but in Death Valley. The name “Joshua” came from the Mormons when they arrived in the area. They thought they saw their prophet Joshua silhouetted in one of the trees with his arms turned to the Promised Land… hallucinating or hallucination? It is up to you to figure it out. The Joshua Tree grows only in Southeastern California and is very unusual. In the park, the flora takes different forms. There are many cactus, small bushes, but also pine forests. Joshua Tree was the epicenter of the California culture in the 1970s. It was a “trendy” place, frequented by hippie communities that came to the area to find pace and inspiration. Many rock stars went to Joshua Tree National Park, including the Rolling Stones, Jimi Hendrix and The Eagles. Nowadays, the rock walls are popular with climbers’ destination, especially the Giant marbles. 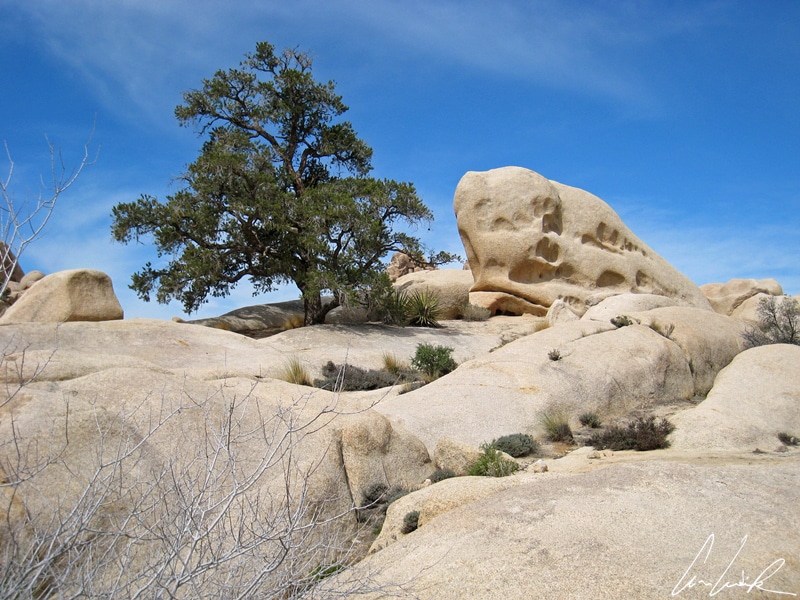 The massive rock walls offer an ideal and pleasant terrain to practice rock climbing. Walking in the middle of this vast area of piles of boulders we feel very small. Enormous boulders are piled in an almost supernatural way. We feel like we are visiting ruins: walls emerge here and there, we imagine an amphitheater and other strange forms. Further, the stones are almost perfectly round. The vegetation is intimately mixed with the rock formations formed more than 100 million years ago by cooling magna… the natives protect the “nuts” ! Because of the climate, hot summers and cold winters, the park is free of human presence and wildlife, mostly small mammals, rare. You will however find goats, squirrels, kangaroo rats, mountain lions and also coyotes enlivening the nights with their song – charming… if you are lucky, you may see a bighorn sheep or desert turtle ! 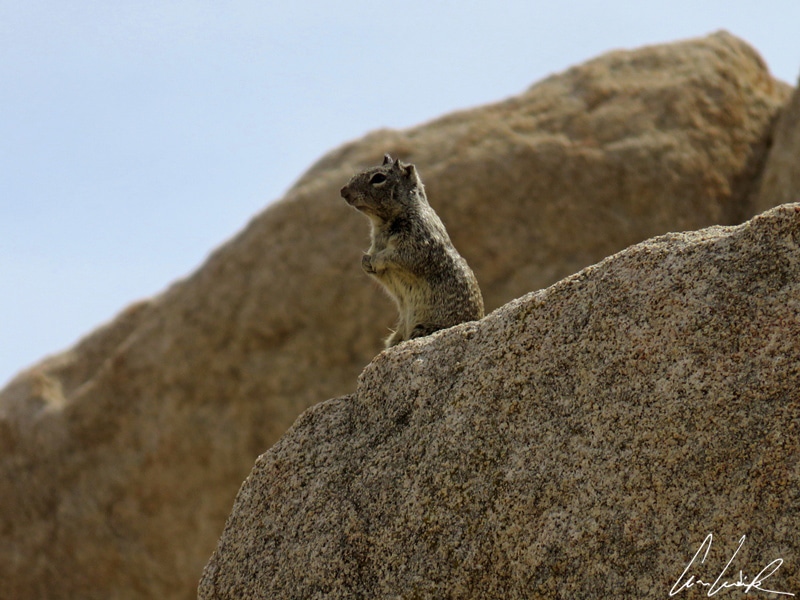 After this spiritual retreat, we head toward Red Rock Canyon State Park located further North on Highway 14, about 80 miles East of Bakersfield. As suggested by its name, Red Rock Canyon State Park features spectacular red rock formations. The park covers approximately 27,000 acres. Once, the area was home of the Kawaiisu Indians. In the park Hagen Canyon is about 1.2 miles long and features beautiful colorful cliffs, washes, and rock formations sometimes reminiscent of those in New Mexico‘s Bisti Badlands. In some places, the formations look like statues cut directly in the stone. Because of its unique features and proximity to Los Angeles, Red Rock Canyon is frequently used for filming movies, TV shows, advertising commercials, and rock videos… Over 100 films were filmed in the Red Rock Canyon State Park including “The Mummy“, “Jurassic Park“, “Planet of the Apes”, “The ten commandments” and many westerns like “Zorro Rides Again” or “Law and Order” staring Ronald Reagan.

The Red Rock Canyon National Conservation Area is located just 15 miles West of Las Vegas. Millions of years ago an ocean basin occupied the area. Due to tectonic shifts, the earth’s crust rose, and the ocean basin was lifted up and tipped by large sedimentary plates. The 17 degrees incline of the sandstone layers is visible across the terrain. Erosion then did its work, digging and chiseling the soft rock to create canyons for water from the few showers and intense thunderstorms. The combination of desert, red sandstone and erosion give a breathtaking extra-terrestrial beauty to the landscape. Red Rock Canyon is an amazing place for photo shooting, hiking and, of course, rock climbing with walls up to 3,000 feet high. In this very dry and rocky environment, Red Rock Canyon hides a flora adapted to the climate. The rainy season is short, but when the rain falls, canyons fill with torrents and waterfalls. The sandy soil stores moisture, and then plants leave their dormant state to race against the clock to grow, bloom, and sprout… all the while the harsh sun forces them to use every trick to save moisture for the next rain. Life starts again: small colorful flowers emerge and leaves emit volatile and fragrant odors, while the ground cracks under the pressure of germinating seeds and colored lichens on the rocks. The whole forms a truly amazing landscape ! 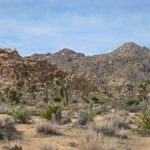 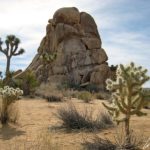 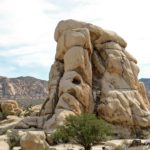 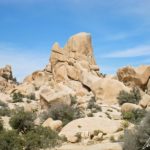 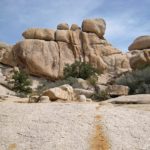 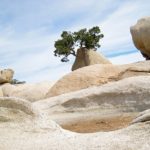 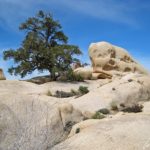 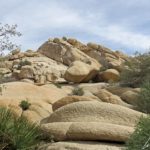 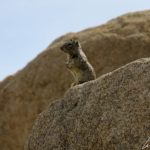 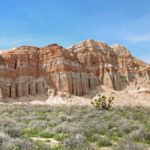 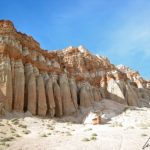 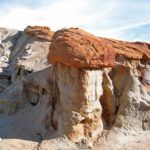 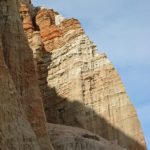 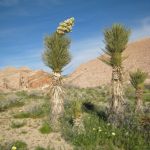 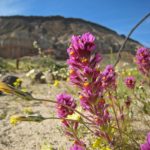 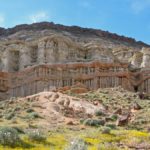 I was there a few years back – met up with friends in Twenty-nine Palms and had lunch. Fascinating spot. That military base is quite something. Thanks for the flashback

I’ve never been there but your photos are absolutely amazing!

Ahhhhh this looks absolutely incred! Some of my favourite times travelling are definitely heading away from the big cities and crowds! Cant wait to one day go through the National Parks in America!

I missed Joshua Tree National Park on my American road trip which is a shame! It looks so beautiful ! and wow I have no idea that so many movies were made near Red Rock Canyon State Park ! I feel like I have to go back to America and explore it more 🙂

This sounds like a wonderful location and take a look around. Is there much to do in the way of walks/hikes or is it pretty much open space?

This is all sooo beautiful 🙂 I love unique and different spots.

The landscapes in Joshua Tree National Park are absolutely breathtaking. I love the cute squirrel on the rock! I can see why the hippies came here to meditate.

Yet to make my first to the US, and heard a great deal about Joshua tree National Park and this seems completely justified. I am mesmerized by those rock formations and how scarcely vegetated the area is yet so stunningly beautiful. That little squirrel is so cute!! I would love to see a desert turtle, wish I get lucky on my trip 😀

I’ve already got Joshua Tree on my bucket list and it looks great from your photos!