Europe is unique in its geographical, historical, and human differences, but the Old Continent is also rich in natural gems. Charming villages with cobbled streets, dark moors, and old castles perched high upon a rocky outcropping dot the landscapes and inspire myths and legends. From the Irish meadows to the Finnish taiga, from the vineyards of Tuscany to the Danube delta, creeks, deserts, glaciers, lakes, or archipelagos constitute a landscape of incredible diversity: a scale model of the whole world! For centuries, the captivating charm of European landscapes has inspired artists. Discover the fjords of Norwegian Lapland, the snow-covered peaks of the Bernese Oberland in Switzerland, the « Levadas » of Madeira, or the Icelandic volcanoes such as Snæfellsjökull. The latter was the inspiration for Jules Verne’s « Journey to the Center of the Earth ». And fall in love with Europe’s most beautiful cities: Paris, Rome, Barcelona, and London, to name a few.

Discover the countries I have visited: 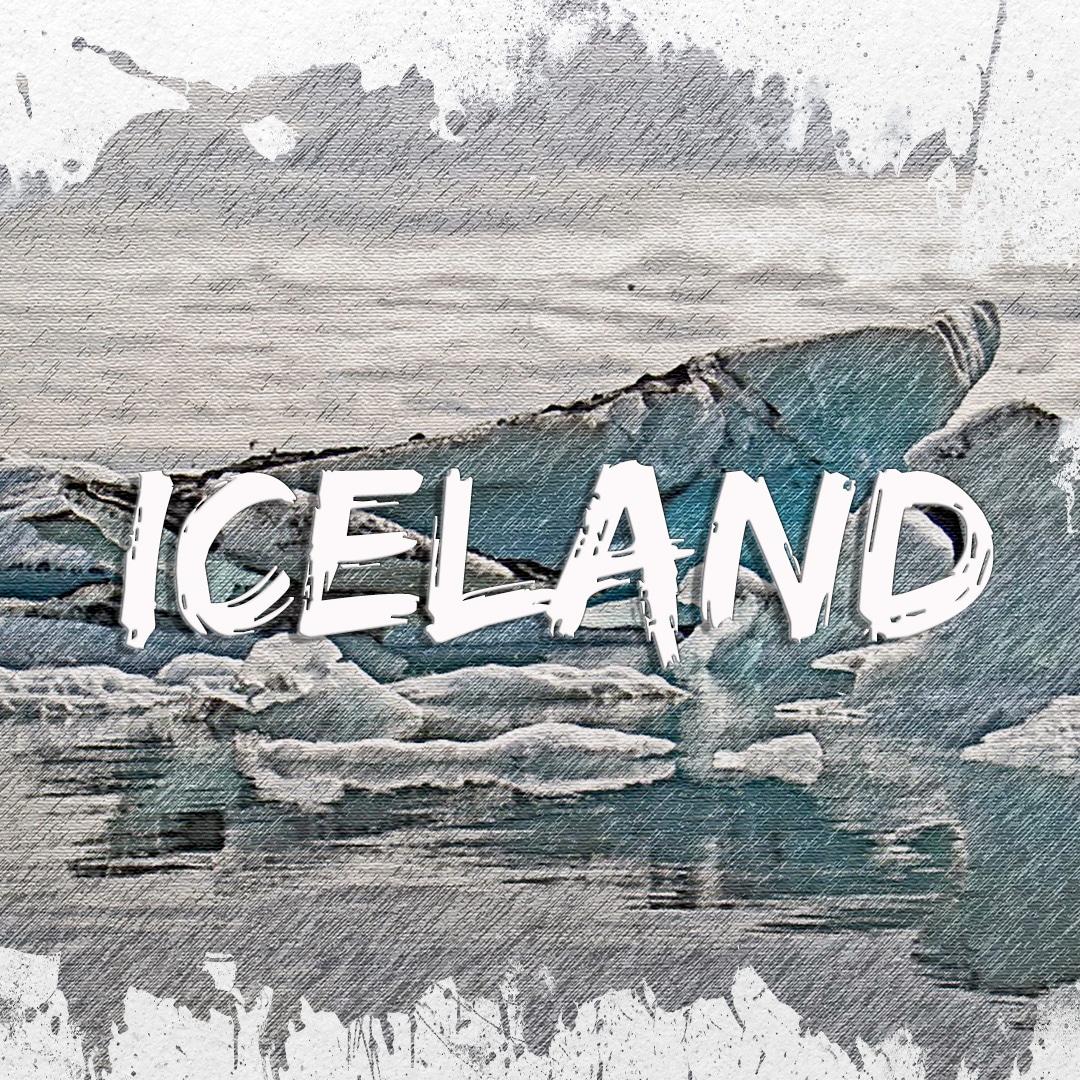 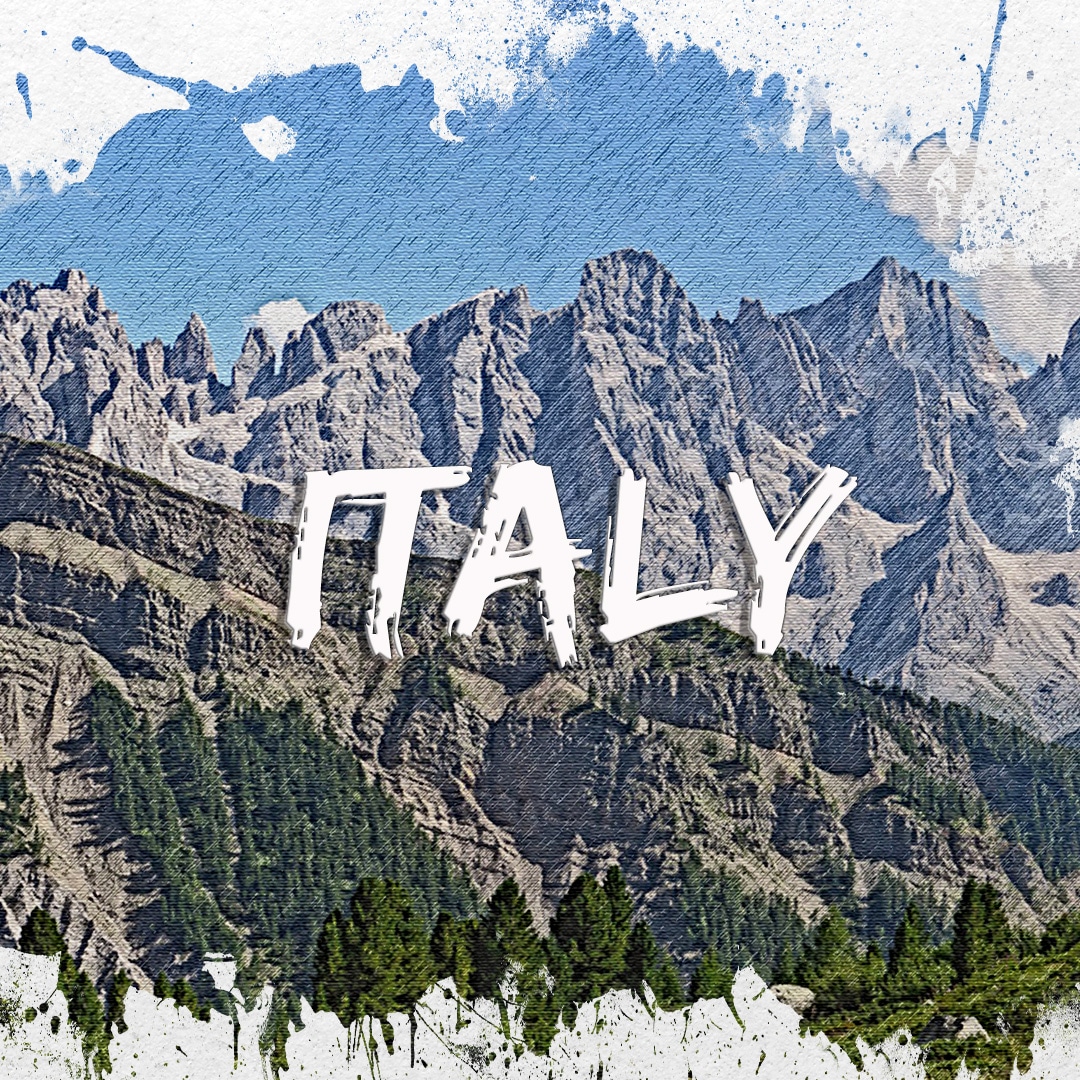 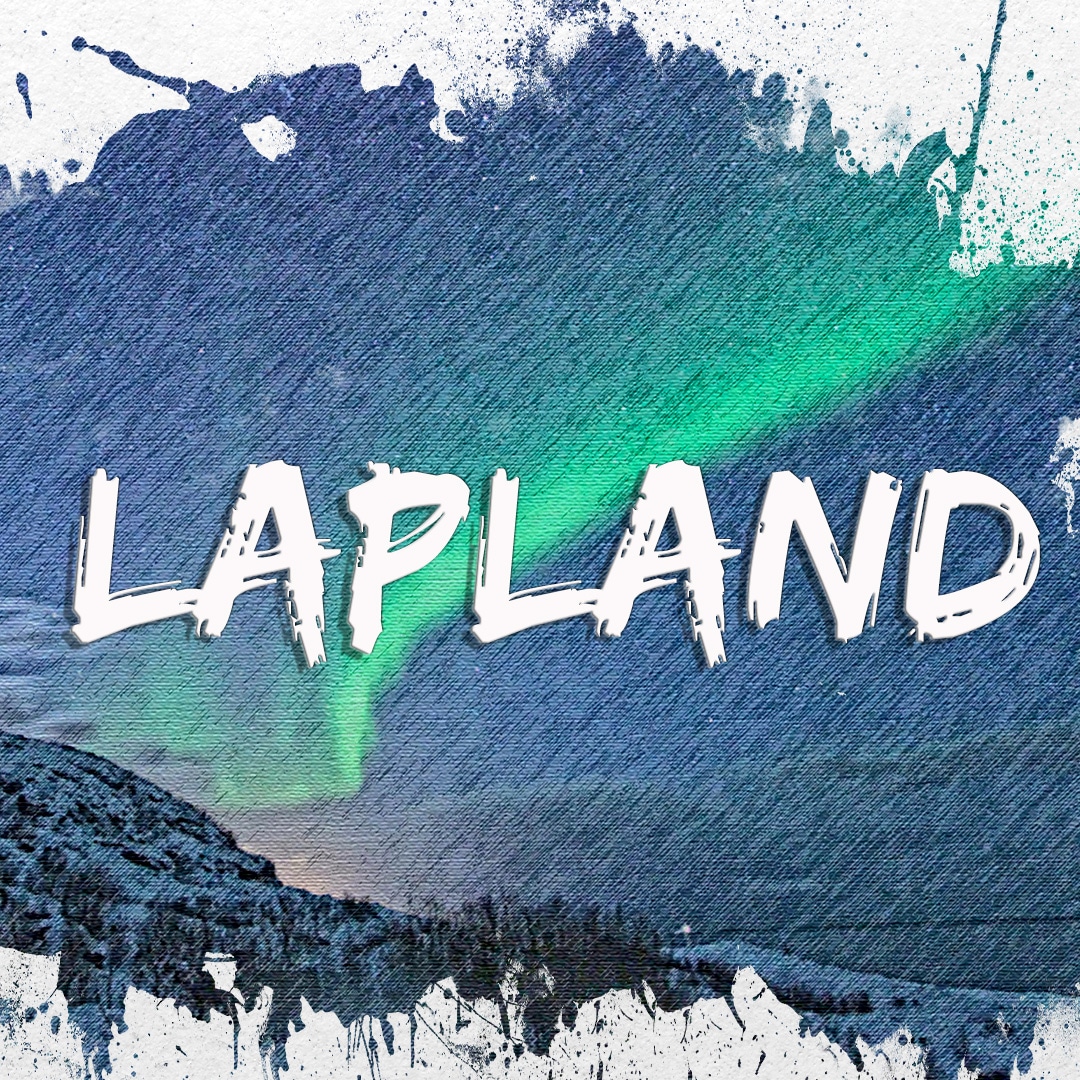 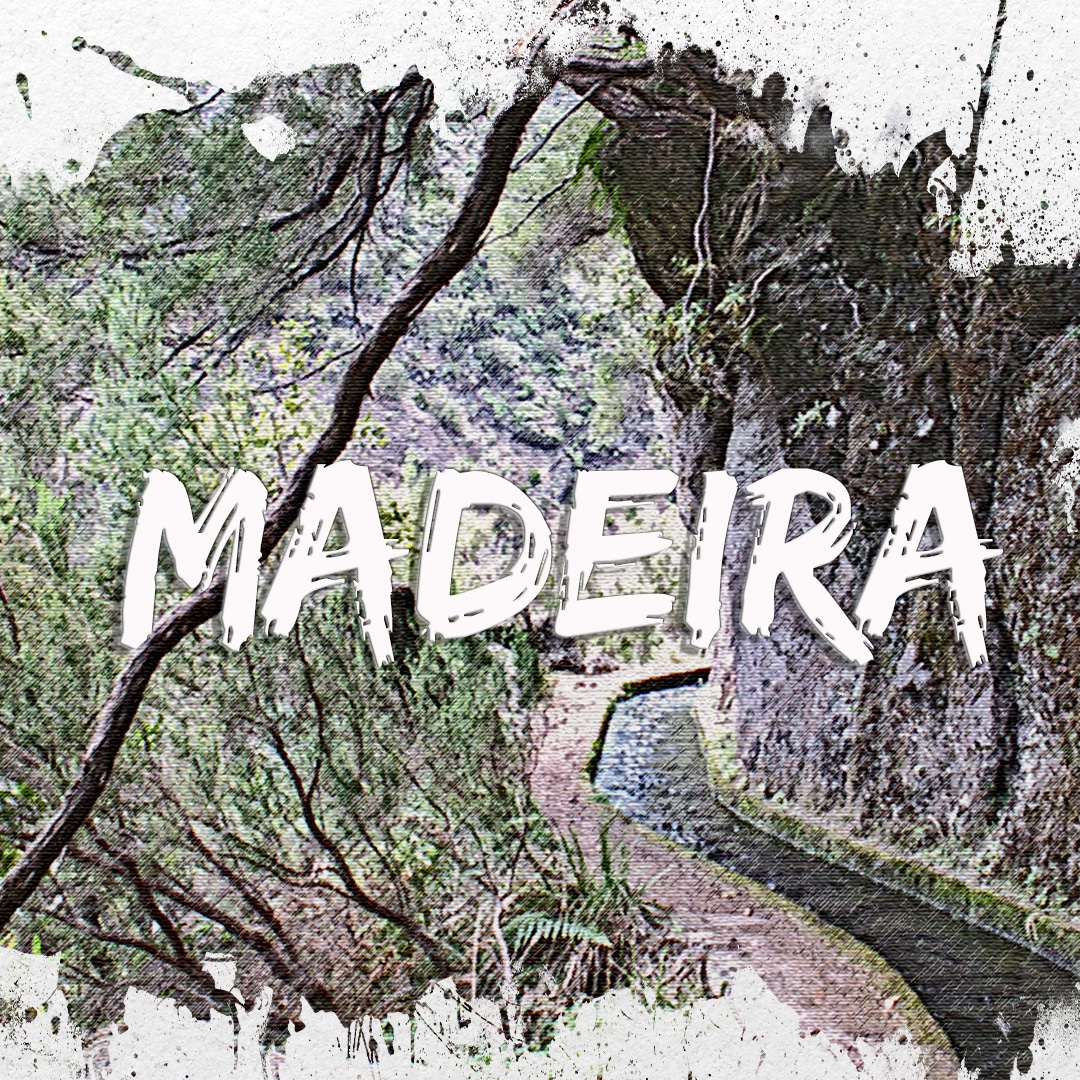 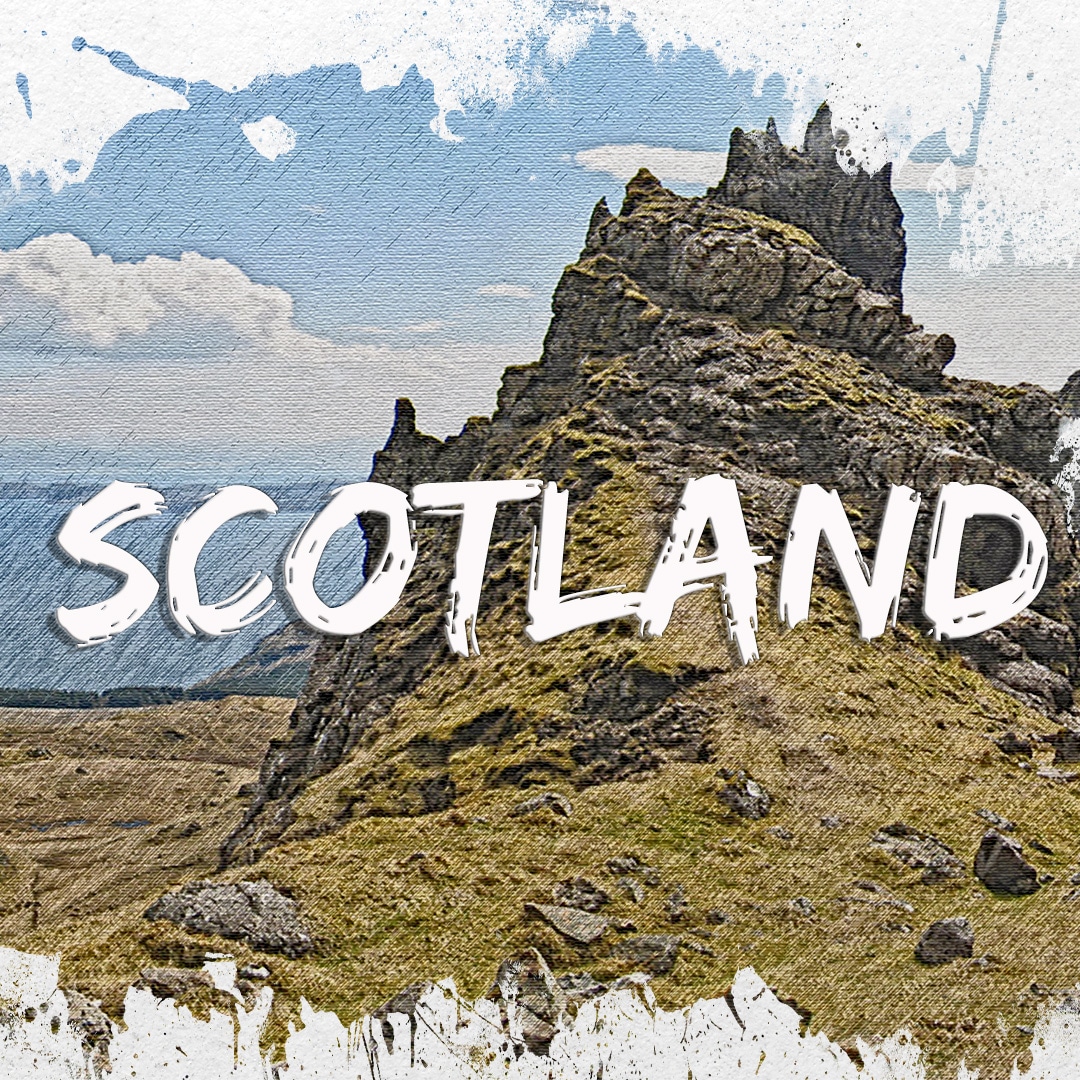 Lapland: Northern lights like you’ve never seen them before!

Lapland offers an unparalleled spectacle during the Northern Lights season. Between fjords, tundra, steep cliffs and steep coasts, the region is known for its spectacular aurora borealis. What are the Northern Lights ? After touring Tromsø we turn to the beautiful...

Tromsø, hunting the northern lights between fjords and mountains in Norwegian Lapland

Norwegian Lapland, "Finnmark" in Finnish, is located in the extreme northeastern part of Norway, north of Finland and west of Russia, bordered by the Norwegian Sea on the northwest and the Arctic Ocean on the northeast. Another icy adventure to the end of the world !...

Hyvää päivää, Lapland (or Sápmi in the Sámi language) stretches over four countries: Norway, Sweden, Finland and the Kola peninsula of Russia. The region is bounded by the Norwegian Sea on the west, the Barents Sea to the north and the White Sea in the east. This...

In Lapland, North of the Arctic circle in Finland, it takes only a few minutes to forget the frenzy of daily life and to plunge into a peaceful, stillness and pristine nature. Kilpisjärvi (Gilbbesjávri in Sámi language) has a population of about 100 and is located...

Madeira Island presents such a diversity of landscapes that it is very difficult not to fall in love with its charm. If you are looking for a “nature” holiday where ocean and mountains meet, Madeira is for you ! Madeira Island, a true natural paradise, offers...

Discover the Levadas of Madeira, these irrigation canals testifying to the ingenuity of man to adapt to nature without damaging it, during beautiful walks along the water.

Madeira: Stopover in Funchal, the Capital of the Island of Flowers

The subtropical island of Madeira in the North Atlantic Ocean about 280 miles off the coast of Morocco attracts many tourists. Madeira is located at the same latitude as Bermuda, which lies further west in the Atlantic. Madeira covers an area of 286 sq. miles and is...

Normandy, between “War and Peace”

Normandy is full of history in France, but also a haven of peace and relaxation at its famous seaside resorts such as Le Touquet, Cabourg, Deauville, Trouville, Fecamp, Etretat, Honfleur... It is a great natural environment for walking, cycling and horse-riding and...

Looking back at the beaches of Normandy on D-Day

« Boujou » ! Cows grazing peacefully in green fields under apple trees, half-timbered cottages, cider and Calvados, creamy cheeses (Camembert, Livarot or Pont l'évêque) and the landing beaches of the D-Day... you know immediately what part of France I am describing,...

The Mercantour: the largest site of rock engravings (prehistoric) in Europe!

The picturesque village of Roubion (in Provencal, "Robione" and "Rup" means rock with cliffs) is perched like an eagle's nest on top of a 4,380-feet high in France, cliff and surrounded by walls dating from the middle Ages. This medieval town was built on a rock ledge...

If you are looking for a gateway into the French Alps that combines mountains, culture, and sunshine, then the Mercantour National Park is your destination. Discover Boréon, the Madonne de Fenestre, the Gordolasque valley and the prehistoric site vallée des Merveilles...

The Dolomites: a life-size work of art

For anyone asking, upon arrival in Europe, to see the most stunning sites of the Alps, the Dolomites (Dolomiti in Italian) will certainly be one of the top three. This majestic mountain range located in northeastern Italy highlights an amazing land of adventure. The...

A Journey to the Center of the Earth…

Sæll, Hvad segirdu gott? Me, Það gengur vel! If you are still interested in enrolling at the school of elves, you need to work on your Icelandic... But let's resume our journey to the heart of this mysterious island, so dear to Jules Verne. Lake Mývatn or "lake of...

Góðan daginn "Where the glacier meets the sky, the land ceases to be earth, and the earth becomes one with the heavens; no sorrows live there anymore, and therefore joy is not necessary; beauty alone reigns, beyond all imagination". This quote from the novel World...

Best will be the fall…

First, let's set the background! Iceland is a Nordic island country of 39,699 square miles near the North Pole. It opens to the inside of the Earth, and the Sun does not set during the summer... The grandiose and deserted landscape is crisscrossed by rivers and...

Do you remember the movie where a man lives forever, with Queen's famous song Who wants to live forever"? Good, our journey on the west coast of the Isle of Skye in Scoland takes us to Dunvegan and its famous castle, the stronghold of the MacLeod clan for 800 years....

At the discovery of the Highlands

Are you brave enough to explore an itinerary of castles (with and without ghosts), lochs, magicians, and mysterious creatures ? If so, put on the soundtrack of "Braveheart"…as background music... as the first notes resonate, think of Mel Gibson wearing a kilt, of a...

France: A rich and diverse heritage

France, also referred to as The Hexagon, due to its geometric shape, is a country with a thousand facets. If Paris sets the tone, everyone knows that Paris is not France. Each region has its specialties and particularities, enough to satisfy everyone. France has extraordinary landscapes, lagoons, waterfalls, canyons, and glaciers. You can think you’re in one of the renowned American parks, in the African savannah, or a tropical forest, and yet… you’re in France. From the cliffs of Étretat to the sparkling ochre color of the village of Roussillon, from the purple gorges of Cians and Daluis to the Penitents of Les Mées, France’s natural heritage is unique. France is also one of the European countries that has best preserved its architectural and religious heritage.

Iceland: An island for lovers of extreme landscapes

No country in Europe offers as many spectacular landscapes as Iceland. Located in the middle of the Atlantic Ocean, this volcanic island navigates between fire and ice. This piece of land, geologically the youngest of the globe, is constantly changing. Nature is fascinating and unwelcoming at the same time. Volcanoes and glaciers live together in peculiar harmony, punctuated by frequent eruptions. Icelandic glaciers are impressive because of their history – Snæfellsjökull inspired Jules Verne’s “Journey to the Center of the Earth” – or because of their size – Vatnajökull is the largest glacier in Europe. Iceland stuns and seduces travelers who wander in a nature in full effervescence: rivers and waterfalls breaking out of the mountains, boiling mud, fumaroles emitting sulfurous gases, or multicolored mountains. Don’t forget its inhabitants; two-thirds live in the region of Reykjavik and are faithful to ancient traditions. On this northern island, legends about and beliefs in “the little people” (elves, goblins, fairies, and other goblins) are a reality for many inhabitants…

Does an escape tempt you to the land of the “Dolce Vita?” Whether you are a history enthusiast, a nature lover, or a gourmet, Italy can only seduce you: cultural strolls in Florence and Rome in the footsteps of the greatest artists of the Renaissance; hikes in the Cinque Terre or the magnificent landscapes of the Dolomites (classified as a UNESCO World Heritage Site); gourmet excursions in regions producing wines, cheeses, and other delicacies… Italy abounds with splendid landscapes, spectacular coasts, imposing mountains, gentle hills, and unique monuments erected by genius architects and builders. So, don’t hesitate: let’s go immediately to enjoy the sweetness of life on the Italian peninsula. Andiamo!

Lapland, the land of Santa Claus and reindeer and the ancestral land of the Sámi people, is a land of enchantment. This region of northern Europe extends over several countries: the northern parts of Norway, Sweden, and Finland and the Kola Peninsula in Russia. The nature of the European Far North, totally unique, has always nourished the dreams of travelers with sumptuous winter landscapes, the unfathomable mystery of the northern lights and the midnight sun, large lakes dotted with thousands of islands, and the breathtaking beauty of fjords. This magnificent but harsh environment has shaped the mentality of its people, who have developed a deep affinity for their natural surroundings.

Madeira: A floating garden in the heart of the Atlantic

Combining mountain charm and tropical softness, Madeira has something to delight all travelers. Its mild climate and an extraordinary abundance of flowers have earned it the nickname “the flower island of the Atlantic.” These lands of volcanic origin, ideally placed on the routes of the great navigations, have been the object of envy for centuries. Its past will delight art and history lovers: don’t miss the baroque churches and the Quintas (Madeiran houses from the 17th and 18th centuries) of Funchal. And for nature lovers, the choice is yours: hiking in lush forests along the « Levadas » (irrigation canals), gazing at the sky from the top of a pico, smelling the perfume of flowers in the gardens of Funchal, resting on the golden sand of Porto Santo or admiring the steep cliffs like Cabo Girão.

Scotland: An enigmatic nature and culture

Scotland is more than just tartans and kilts. It leads the European countries in biodiversity and is one of the wildest places in Europe. Its forests and trees are magnificent. Its lakes, moors, and waterways will take your breath away. Scotland stretches from the rolling hills of the Borders in the south (the natural border with England) to the majestic and lonely peaks and valleys of the Highlands in the north. Offshore are the isolated, windswept archipelagos of the Shetlands, Hebrides, and Orkney Islands. There is so much to see in Scotland. The atmosphere is unique and so different from the rest of Europe. It is a great escape for many travelers! Scotland is also a land of history, myths, and legends, to which the sumptuous castles bear witnesses. Beware, some of them may be haunted! The lives of some of its historical figures have inspired stories that still resonate throughout the world: Mary Stuart, William Wallace, or Robert Bruce, to name but a few..

Discover the European countries I visited