When You’re in the Desert For Too Long…

We left behind the Flinders with its spectacular landscapes and rich wildlife to follow the legendary Oodnadatta Track into the full, red heart of Australia where there are no humans for hundreds of miles in any direction. The Oodnadatta Track follows the former Overland Telegraph line and the abandoned line of the Great Northern Railway –very, abandoned the tracks have even disappeared from the bridges. The Oodnadatta Track links Maree, a small town of approximately 100 inhabitants in the North of South Australia and Marla located in North-Western South Australia. Marree was formerly a vital center for Afghan cameleers and the Great Northern Railway, and there are still some old Commonwealth locomotives to be seen. 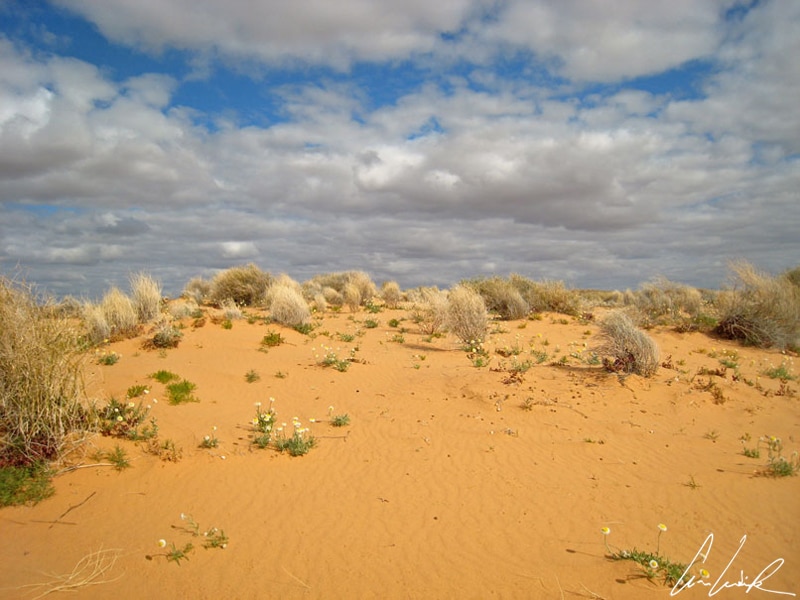 “I’ve been roaming the desert for several days / And already some mirages are telling me to turn around,” I could sing a duet with French singer Jean-Patrick Capdevielle (Quand t’es dans le désert) ! The first sight is of reddish sand dunes stretching to the horizon and on which thrive a surprising flora. Then, suddenly, the first mirage: Lake Eyre. Lying 30 feet below sea level, it is the largest lake in Australia with a surface area of 3,668 square miles, but since annual rainfall in the area is between 3.9 and 5.9 inches, it is dry most of the time. We see only an endless salt crust as far as the eye can see. I am going to throw in my two cents and tell you that the weight of this salt crust is estimated at 400 million tons… UNBELIEVABLE… Hard to imagine, right?

Discovering Mound Springs is a true attraction in this white expanse of salt… Small ponds about 7 feet in diameter, surrounded by vegetation. In the center water bubbles up… surreal! But it is now time to get to William Creek, a dinkum Back o ‘Bourke in every sense of the word (Dinky-di: a forgotten place). William Creek is located about 130 miles North of Marree. The town has a population of 2 and a half dingo dog (meaning crossed with a dingo!). When we find ourselves in the unique hotel-gas station-store-bar-restaurant, we had a feeling of stepping into another era. The walls of the restaurant, where we shared a two-pound steak (individual steaks are about one-pound) are decorated with photos of rodeo, buffalo heads, and cowskins… At the bar, thousands of business cards, driving licenses, and identity cards testify of many passing visitors. There is no other form of civilization within 125 miles… And there, in the middle of nowhere in an absolute silence, the sunset is even more impressive.

Back on the Oodnadatta Track the sand becomes increasingly red, and dune scenery is again our companion with the exception of a few “muddy water holes” with cracked earth, dragonflies going back and forth over the track (ariba, ariba) and car wrecks. Arriving at Coober Pedy, also known as the Opal capital of the world, the desert is suddenly covered with holes, or rather mine shafts adjacent to mounds of colored Earth… This odd landscape results from the opal fever that made this town a mining capital in the early twentieth century. Once, the city counted more than one million of mine shafts. Of course, visiting a mine is required. Helmet on we wander in the underground mine and even have the right to search the rubble left by previous miners in search of a precious gem! The town seems frozen in time. The mines have remained as is with some machinery waiting for the end of time. And the people? That is the question: where are the people? The town looks deserted. We run into some Aborigines living on the streets, some tourists going from one opal shop to another, but the “real” people seem to have deserted the city. However, not entirely, Coober Pedy is renowned for its underground dwellings called dugouts that maintain a constant temperature of 72 ° F regardless of the extreme heat outside… Outside temperatures can reach 116 ° F during the summer. Besides, the name Coober Pedy comes from the aboriginal term “Kupa Piti,” which means “white man in the hole.” Scattered throughout the city are underground churches, a bookstore, and the surprising underground pub… 🙂

The surroundings, especially the arid moonscape of the Breakaways and Moon Plain, about 21 miles North of Coober Pedy, have attracted many filmmakers. The landscape is an ideal colorful background for apocalyptic science fiction movies. We have, among other discoveries the Castle – no, I will not become a yes-man and reveal both of Beckett’s answers in Season 6 of the ABC television series. In the surrounding white and ocher rock formations made famous by Mad Max III and Priscilla, Queen of the Desert abound. Other films like Red Planet, Pitch Black and The blood of heroes, used the landscape as the setting and the local inhabitants as extras! About 60 miles away, lies Painted Desert with gorgeous rocks in yellow, brown, and orange tones… These “traces of paint” are layers of small stones formed from rocks and scattered over time. 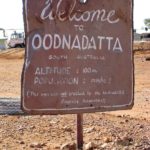 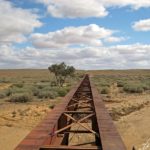 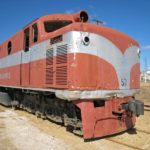 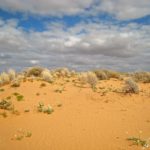 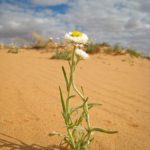 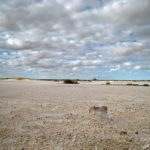 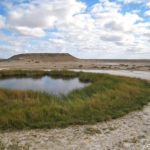 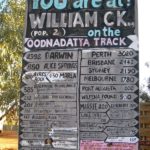 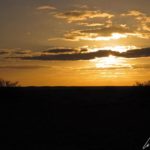 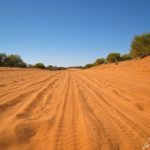 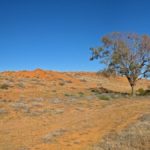 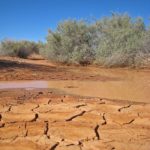 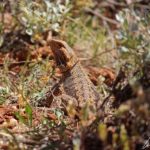 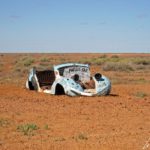 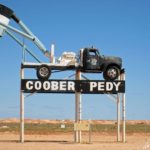 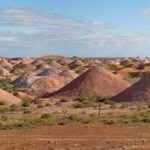 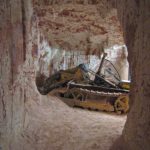 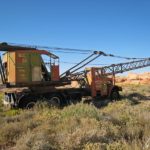 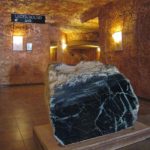 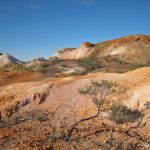 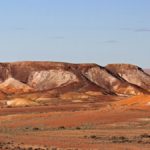 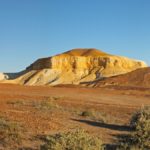 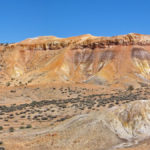 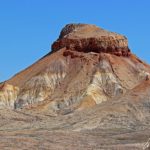 Hi ! My name is C-Ludik and I’m the person who runs this creative space. Welcome to ‘Tween here and there, a travel blog that shares awesome destinations, stunning photographs and captivating travel stories from around the world. No two landscapes are ever the same because of a different light, different conditions... whether it's a new or an old place. That’s what I love about nature and landscape photography. As the famous Ibn Battuta traveler said: « traveling – it leaves you speechless then turns you into a storyteller ». He’s right ! Behind the photographer, I see myself more as a storyteller. When I arrive on a place, I try to respond to what I see and tell the story of the land. If you love travel, exploring new places, and seeing more of this beautiful world then you'll be right at home here. ‘Tween here and there is the travel inspiration for those with full-time jobs and for those in search of any off-the-beaten track destinations around the world, near and far.